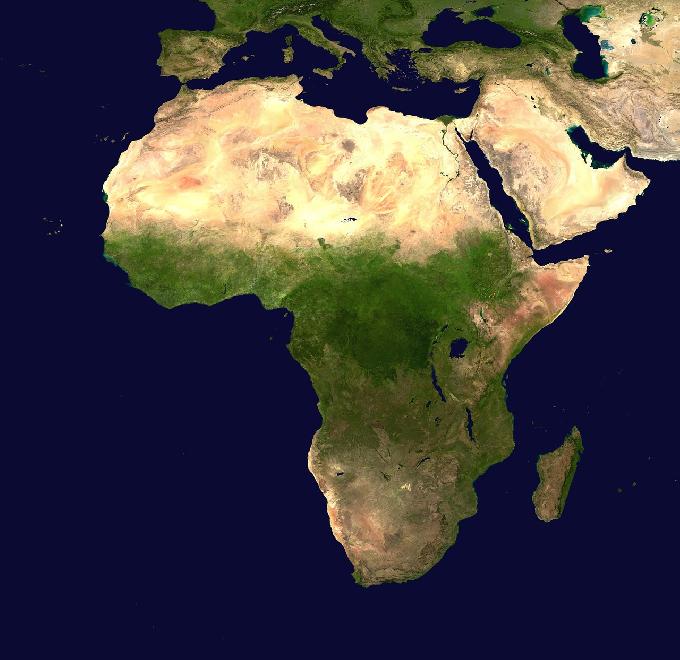 Photo by WikiImages / CC BY

Africa is the Youngest Continent on the Planet

According to the International Monetary Fund, six out of the top 10 fastest-growing economies in recent years have been in Sub-Saharan Africa, including South Africa. Some have speculated that Africa may soon become the fastest-growing region on the planet, growing faster than the world’s current leader, Asia, led by China.

Of late, the upswing in Africa stalled due to the recent decreases in the demand for and prices of commodities. When commodities are in high demand, i.e., when the world economy is humming on all cylinders, which doesn’t happen often, African economies benefit. Africa’s two largest countries, Nigeria and South Africa, are heavily dependent on the export of natural resources, and the GDP of both countries, and the continent as a whole, have recently suffered. However, that is beginning to change as the world economy is chugging along, if more slowly than usual, in an expansion.

All News in Africa Isn’t Bad

Most of the news about Africa read outside of the continent includes largely negative reports on the problems found in the region. According to the Africa Capital Group, which researches economies and companies in Sub-Saharan Africa, most people outside of Africa have a very rudimentary understanding of the African people, and of the region’s economy and potential.

Today, the average age in Africa is just 19 years old. In coming decades as these people enter the workforce and seek to enter the middle class, the GDP of many African countries will shoot through the roof, since most young workers around the world want to start families and become consumers. In fact, within a couple of decades Africa will have the world’s largest, youngest labor force. This bucks trends seen in Europe, the U.S., China, and Japan where populations are aging rapidly and workforces shrinking.

The Increase in Technology Adoption

Africans are combining a young population with cutting-edge technologies to produce a growth story that investors around the world will begin to hear more and more about. During the 2000s, the African continent averaged 6 percent growth and in about 2010, with the commodity recession, growth sputtered.

Perhaps the country with the most investment and business activity in Africa in recent years has been China, due to its high demand for raw materials.

Rapid Urbanization and the Role of African Governments

Getting Africa permanently on the road of growth will be a huge challenge to African governments as they seek to provide education and opportunities for the young. One development that will likely help with this is the current trend of migration to large cities from rural villages. Much the same has been happening in China over the past several decades. When people live in large cities they can more easily integrate into society, obtain better educations, and compete in the global market.

The following video, “Africa’s Future 2035,” explains that the continent’s population will expand from 1.2 billion to 1.8 billion by 2035. It’s worth watching Africa more closely.