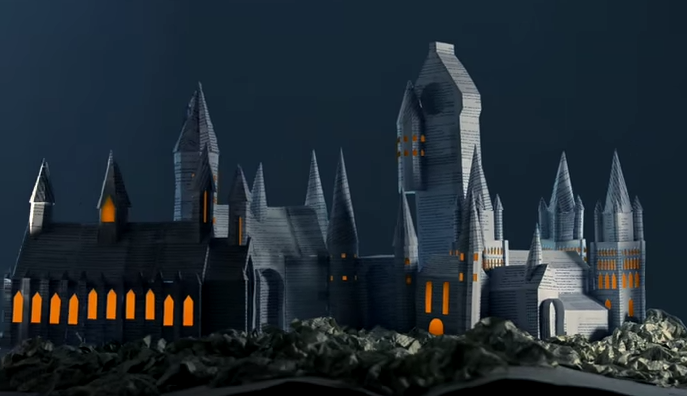 Talk about having a lot of time on your hands…

Fans of JK Rowling recently decided they would take a bunch of pages out of “Prisoner of Azkaban” in order to build a model of Hogwarts and show their appreciation for JK Rowling.

The result is pretty impressive, as you would expect from a project that took about one month to complete.

The creators put together a short film for us to enjoy, which unfortunately for them doesn’t show just how tedious the process was.

A whole month’s work boiled down to 58 seconds seems crazy, but here’s to JK Rowling stumbling upon the video and reaching out to the super fans in some form.

That’d be a great way to cap off their innovative Hogwarts design and an awesome return on all the long hours that went into its creation.