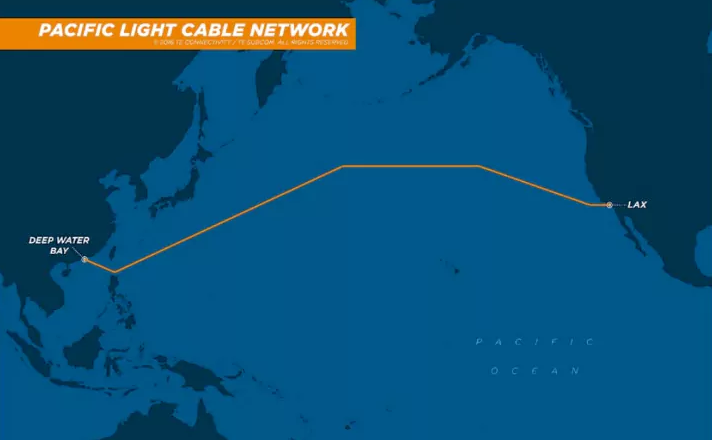 Google and Facebook are working with Pacific Light Data Communications, as well as TE Subcom, to construct a monstrous, ultra-fast undersea cable.

It’s so big the thing will connect Los Angeles to Hong Kong, marking the first direct submarine cable system between the two of the super-fast variety.

Here’s what the Google Blog has to say in regards to the speed of the undersea cable:

The Pacific Light Cable Network (PLCN) will have 12,800 km of fiber and an estimated cable capacity of 120 Tbps, making it the highest-capacity trans-Pacific route, a record currently held by another Google-backed cable system, FASTER. In other words, PLCN will provide enough capacity for Hong Kong to have 80 million concurrent HD video conference calls with Los Angeles — an example of Google Cloud Platform having the largest network backbone of any public cloud provider. While yes, Microsoft and Facebook are also building their own undersea cable which is faster than 120 Tbps between Virginia and Spain, it is important to note that cable will only run approximately half the distance of the one Google and Facebook are building from LA to Hong Kong.