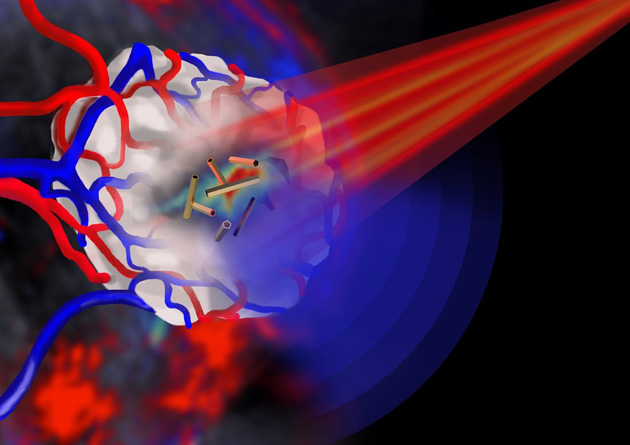 A team of Scientists from the University of Leeds have discovered that gold nanotubes have the ability to fight cancer through high-resolution imaging. The tubes can also act as the agents for destroying cancer cells and drug delivery vehicles.

The researchers maintain that their findings have the potential to diagnose and treat cancer at the same time, and it may even avoid the need for chemotherapy or radiotherapy treatments that cause serious side effects.

The Science Behind This
Gold nanotubes have tubular structures, and they are made to travel through the body. As per the researchers, a new technique to control the length of nanotubes made it possible to produce gold nanotubes with the right dimensions to absorb a type of light called ‘near infrared.’

These light frequencies generate heat and render human skin transparent. A relatively low brightness can be used to reveal tumors while high brightness will heat the tubes enough to kill nearby tumorous cells. The shape of the tube has room for drugs that helps in delivering medicine at the same time.

The researchers did the first successful demonstration of the biomedical use of gold nanotubes in a mouse model of human cancer. They made use of a new type of imaging technique called ‘multispectral optoacoustic tomography’ (MSOT) to detect gold nanotubes injected intravenously in mice.