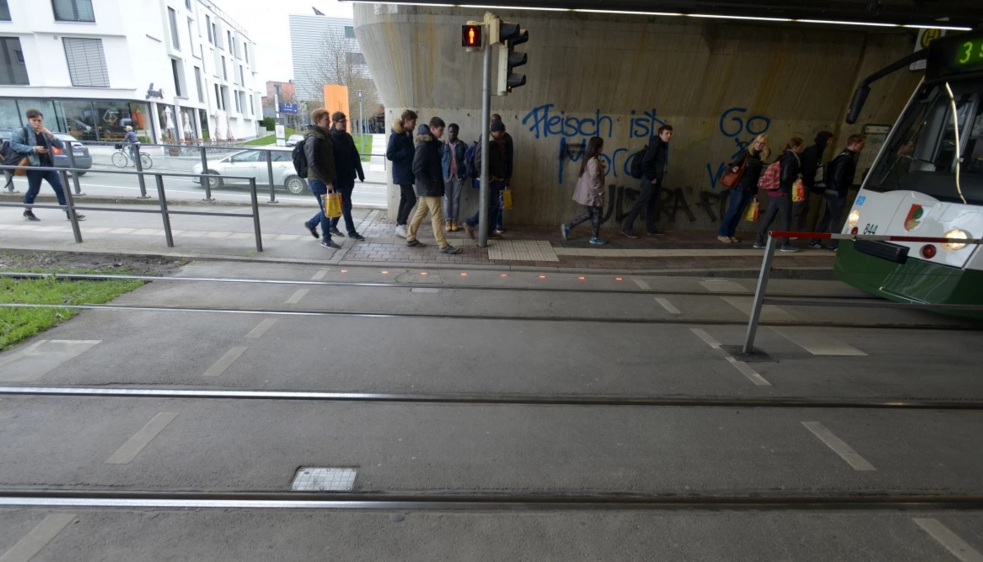 In the city of Augsburg, Germany, folks are sick and tired of being sideswiped, t-boned, and run into from behind by people who can’t seem to look up from their phones while walking.

We’re all guilty of it sometimes, whether it’s texting and walking or whatever, but I’ve personally never felt the yearning to figure out a solution to the problem.

Apparently Augsburg doesn’t share my sentiment because the city has installed sidewalk traffic lights, designed to curb the atrocious behavior of phone walkers.

Augsburg officials installed LED sidewalk traffic lights literally on the ground so pedestrians looking down at their phone will stop when they see a red light or slow down on yellow.

This is a small step for a small city that could end up having major ramifications on the global problem that is “staring at smartphone walkers.”