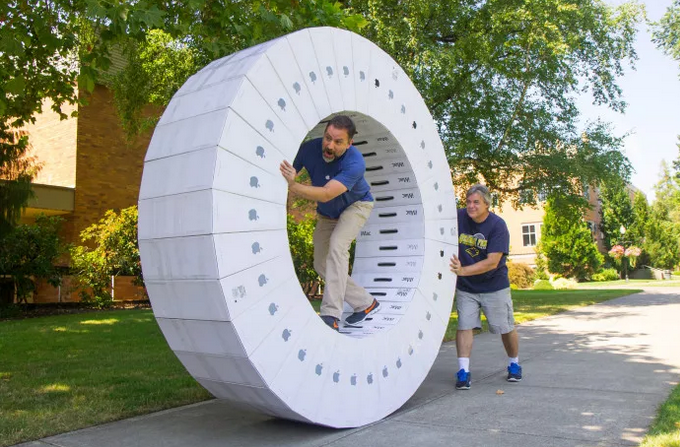 George Fox University systems administrator Mike Campadore had an idea for what he could do with all the empty iMac boxes laying around classrooms of the engineering school.

It would take over a year for Campadore to collect enough boxes, 36 to be exact, but when he did, all systems were go for his “iWheel” project.

Initially, leaving the Styrofoam inside of the boxes resulted in too much extra weight, so he decided to do without Styrofoam.

The finished product, minus the Styrofoam, still weighs an impressive 120 pounds and is approximately nine feet tall.

On July 31st, Campadore asked IT coworker Rich Bass to help him put the final touches on the iWheel, before rolling it around campus.

After a few laps around the university’s quad, the two called up the school’s marketing department and had someone come down to take a few pictures.