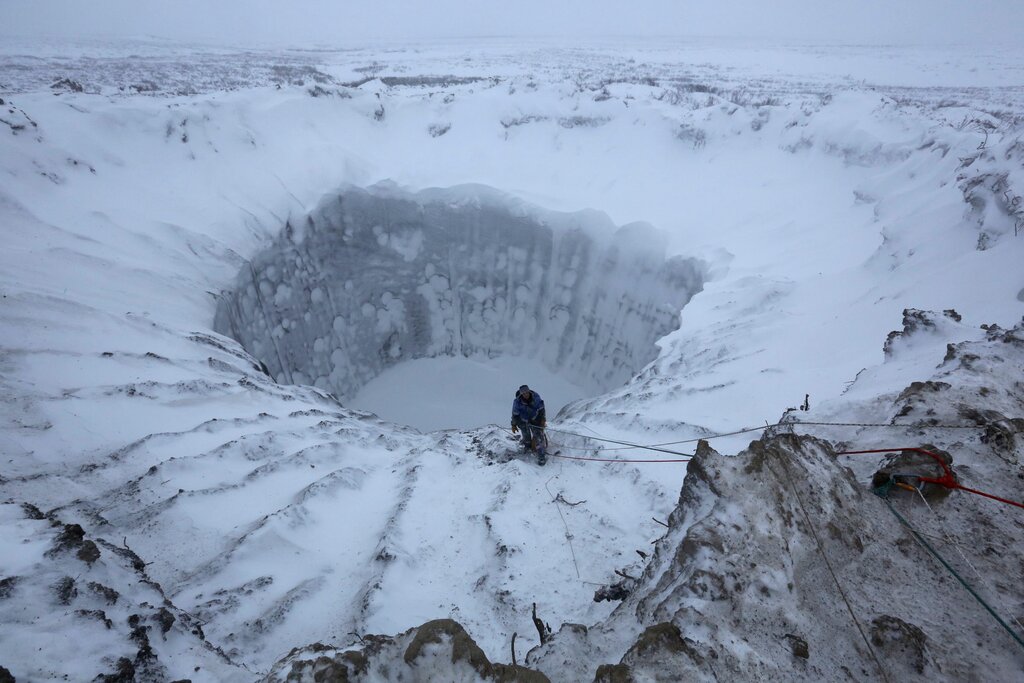 Six years back, Russian scientists discovered a 50-meter crater in the Yamal Peninsula above the Arctic Circle. Since then, 16 similar craters have been discovered in Siberia’s extreme northwest Yamal and Gydansk peninsulas.

These craters were a mystery earlier. Scientists later researched and found out that these massive holes in the ground have been caused by subterranean gases. And these gases have exploded with tremendous force due to global warming.

The causes of these explosions are still being researched further. As similar craters have not appeared anywhere else in Siberia or permafrost zones in Canada and Alaska, although these areas are also equally affected by climate change.

Yevgeny Chuvilin, Russia’s leading geologist with the Skolkovo Institute of Science and Technology said that the gases causing the explosions may have taken hundreds of thousands of years to built-up to their current pressure.

The deep-seated frozen methane trapped in deeper layers of the permafrost reverting to its gaseous state might have caused these explosions.

The trapped methane “goes off like a bottle of champagne,” Mr. Chuvilin said.