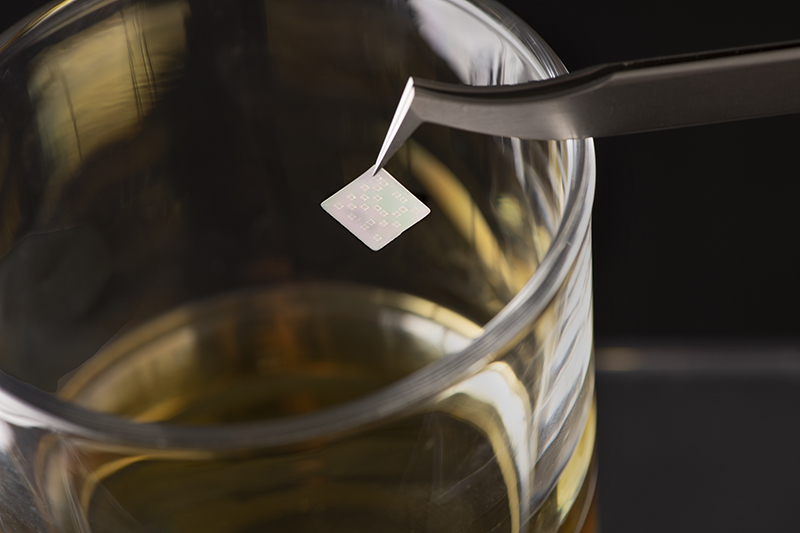 Jungwoo Leem, a postdoctoral research associate at Purdue University, said, “Alcohol spirits are vulnerable to counterfeiting. There are a lot of fake whiskys being sold,”

This unique technology could not only solve the fake whiskey problem but also address fake medications.

Counterfeit drugs pose a public health hazard and also waste consumer income. Now checking the genuineness of the medicine could soon be just a quick scan on your smartphone away.

This QR code consists of a pattern made of fluorescent silk proteins. Although invisible to the naked eye, it can be used to scan and authenticate your medicine or whiskey using smartphones.

For creating these edible codes, scientists processed silk proteins from genetically modified silkworms. After that, they formed these proteins into various patterns to encode information.

Young Kim, associate head for research, said, “Counterfeit items, such as medicines and alcohol, are big issues around the world. There are numerous examples of large amounts of fake medications sold throughout the world, which, in some instances, kill people,”

“Online pharmacies sell controlled substances to teens. People can buy counterfeit opioids easily. This work is extremely important for patients and buyers in addressing this issue,” Kim said. “If you have this technology on or in your medicines, you can use your smartphone to authenticate. We want to empower patients to be aware of this issue. We want to work with pharmaceutical companies and alcohol producers to help them address this issue.”