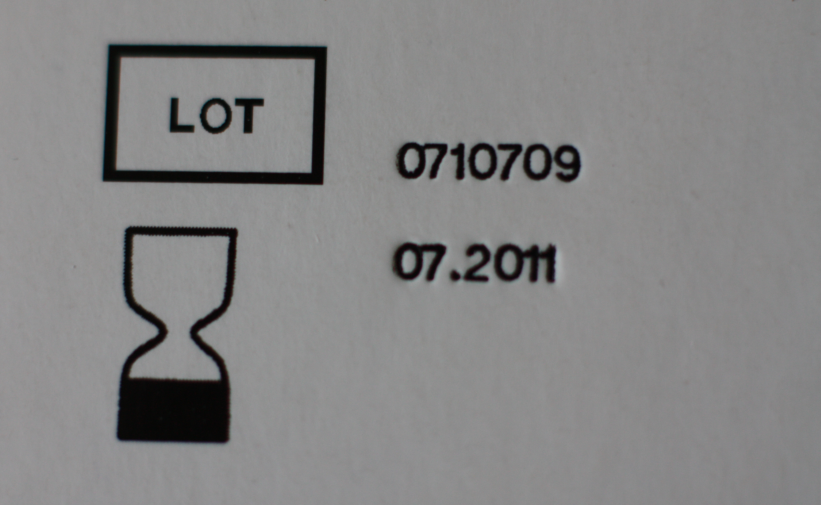 It’s so confusing. Some items say “sell by” while others indicate “best if used by.” Without a standard designation of edible or not, what’s a consumer supposed to do?

The truth is, those designations aren’t usually about whether or not a food is edible. For the most part, they are dates that reflect the manufacturer’s best guess to determine peak flavor and texture rather than safety and nutrition, while providing a method of stock rotation for warehouses and grocery stores. For consumers, they are primarily just guidelines.

It takes a lot of effort and energy to get food to the table. Yet, a shameful amount of perfectly good food is tossed in the trash simply because of date confusion, feeding landfills instead of hungry children. An estimated 40% of all food goes uneaten, while 13 million children in America go hungry. There is also the waste of labor, water, soil and nutrients and the ensuing production and shipping pollution. The true “cost” is shocking.

While packaged goods that get tossed before their time may not constitute the largest bulk of the waste stream problem, getting real about the date labeling can benefit consumers and the planet as well. No one minds shaving a few dollars off of the weekly food bill. In fact, collectively, the annual monetary cost of food waste to Americans amounts to a staggering $165 million.

So, how is a person supposed to decide? The “sell by” date for packaged goods is a store reference, and there is generally a good bit of time before the product would deteriorate. “Use by” and “best if used by” indicate the last date a consumer could assume full flavor.

For perishable items, such as meat and dairy, this has a more stringent message, since they can harbor detrimental, even deadly, bacteria. A few of these items can even be eaten when moldy. Hard cheese, like Parmesan, or some processed meats, like hard salami, can be okay as long as you cut off all the mold. And, no reason to toss a carrot just because the end is a bit moldy. The key here is hardness. Low-moisture content foods are okay because the mold stays contained to a certain area, but high-moisture, soft foods are a no-go because the mold can spread internally where you don’t see it. Sour milk, while nasty if you happen to take an unsuspecting swig, can be added to cakes and other baked goods, even promoting beneficial gut bacteria. But, moldy sour cream or yogurt, for example, needs to go. Eggs in their shell actually last many weeks and can be tested by putting in a cup of water. If it floats, it’s no good. And, don’t use eggs that are cracked as air may have entered.

There are always precautions. Though canned foods generally last for years, the cans often deteriorate before the food itself spoils. But, they can leach metal into the food, especially acidic foods, that can taste awful and not really be good for you. And, if a can is ever bulging at all, there could be potentially deadly salmonella or other toxin growing inside. Dry goods are generally fine well beyond the sell by date, but grains can get stale and lose texture and nuts can go rancid from the oils. Likewise, oils should never be used if they smell or taste rancid. Dehydrated items, like raisins and dates, last indefinitely if sufficiently dried, but always toss if there is visible mold or a moldy smell. Honey, on the other hand, never goes bad. If it crystallizes, just put the container in warm water until the crystals melt.

Cosmetics are an unstable item. The oils can go rancid, and that would not be good for your skin. And, you certainly wouldn’t want rancid makeup near your eyes. Bacteria can obviously be transmitted when applied to your mouth, so don’t lick your eyeliner pencil or share lipsticks.

Likewise, medications tend to lose effectiveness over time, so you might not end up getting the correct dosage. And some, such as certain antibiotics, can actually become toxic over time. Don’t flush them into the city sewage stream! Dispose of them properly as “toxic waste.”

Follow common sense and your nose as well. If a food stinks or has something alien growing on it, just pass. But, don’t count on smell and appearance alone. It’s not worth the risk. Just follow the old adage, “When in doubt, toss it out.”

Top 6 Laboratory Oven Suppliers in the USA
Injectable Oxygen Microparticles Keep You Alive, Even if You’re Not Breathing
A 90-Year-Old Man Spent The Last 50 Years Building This Cathedral From Trash!

Americans Eat About 200 Tiny Pieces of Plastic Every Day