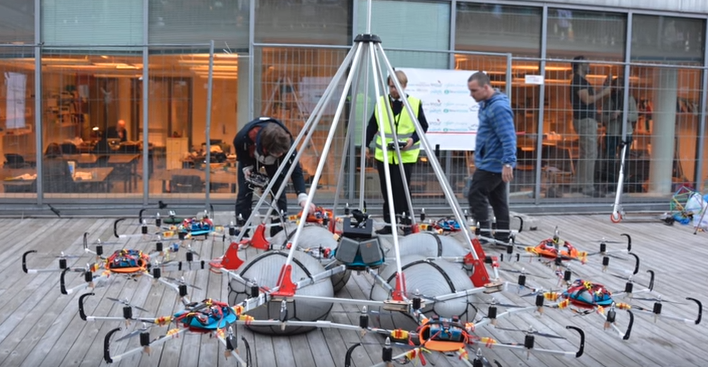 Engineers from the University of Oslo recently set the Guinness World Record for the “heaviest payload lifted by a remote-controlled multicopter.”

The multicopter, which is essentially eight hexacopters rigged together, set the record by holding 61 kilograms one meter in the air for 37 seconds.

Guinness World Records explained that the Megacopter from the University of Oslo received its own record simply because their drone completed the feat “without a pilot aboard to stabilize and make adjustments.”

It makes sense, but with drone technology progressing as rapidly as it, I’d expect this record to be broken sooner rather than later.

5 Things Your Small Business Should Automate In 2021