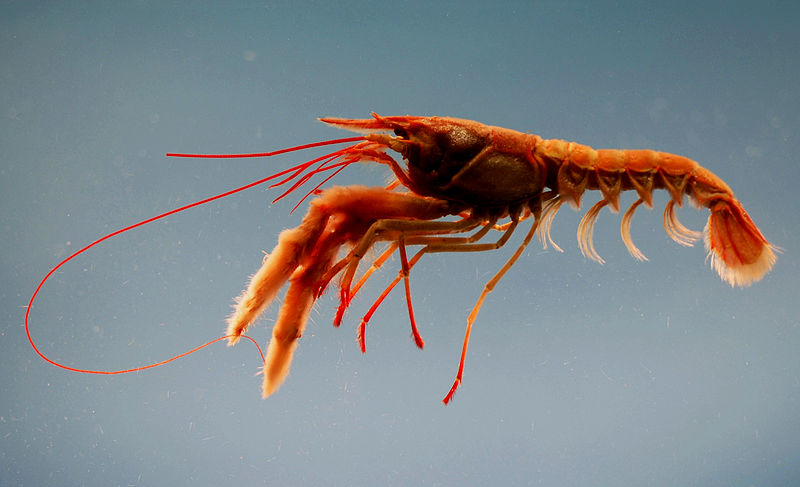 You have to have been living in a bubble not to be aware of the damage being done to wildlife, and the environment in general, by our rampant use of cheap, oil-based plastics. So, what’s not to like about ideas to use the shells of crustaceans in place of petroleum and end up with a compostable alternative to traditional packaging?

It turns out that the properties of crustacean shells may make them a viable substance to replace petroleum in making some types of plastics. A recent trial targets plastic wrap, and possibly plastic bottles, using crab shells (aka chitin). And another uses shrimp scraps to make plastic bags.

The most common alternative to plastic containers in recent years has been made using corn as the cellulose fiber. But, growing corn for use as food containers, and as an additive to our gas tanks, is fraught with problems of its own. While it may be a way to reduce the plastic floating in our oceans, it requires water, pesticides, and a shift from growing food crops to treating a food source as a cash crop.

But recently, Georgia Tech’s School of Chemical and Biomolecular Engineering has concocted a food wrap film made from combining crab shells with tree cellulose. The product is best described as resembling polyethylene terephthalate — or PET, as it is known — which is the transparent plastic generally used for soda and juice bottles. It is designated by a number “1” inside the recycling-symbol triangle on the container bottom. It’s the easiest type of plastic to recycle but often ends up in a landfill.

The basic means of making the biodegradable film, similar to what we use as food wrap, is to spray alternating layers of crab shell chiton and tree cellulose onto a surface and allow them to dry. Both are natural biopolymers (along with fungi and insects). The team suspended the nanofibers of each of the two polymers in water to make sprays. The dried sheets of alternated polymers formed a compostable and flexible transparent film.

As a bonus, it turns out the material also proved to offer a considerable reduction in oxygen permeability, which should keep foods fresher for longer periods of time, an important factor in food packaging.

J. Carson Meredith, a professor working with the team, describes the reasoning this way. “We recognized that because the chitin nanofibers are positively charged, and the cellulose nanocrystals are negatively charged, they might work well as alternating layers in coatings because they would form a nice interface between them.”

It’s all about the tight crystalline structure of the film, which prevents gas molecules from penetrating. Petroleum-based PET, on the other hand, is more amorphous, so tiny gas molecules have an easier entrance that causes foods to deteriorate more quickly.

Still, there are a few obstacles, such as a need for revised manufacturing processes, currently designed for using petroleum, in order to switch to mass production, which would make the product cost-effective. The upside is obvious; make use of crab waste that would end up in a landfill, get off the oil well by creating a compostable alternative to oil-based plastics. and have a closed loop, biodegradable ending.