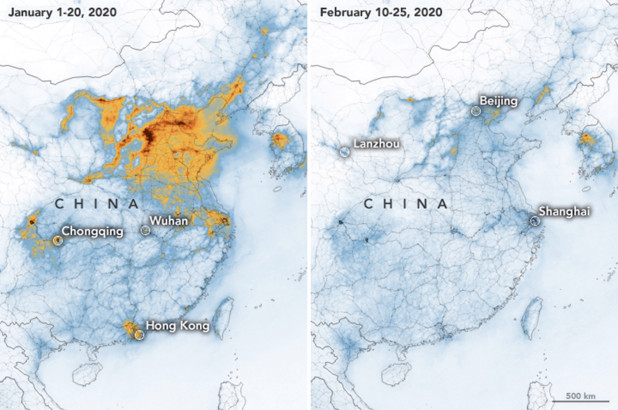 Satellite images released by NASA and the European Space Agency (ESA) show a remarkable decrease in air pollution over China. This change is the result of preventive measures taken by China to limit the spread of novel coronavirus.

For preventing the spread of virus, factories have been closed and transportation has been restricted.

The space agency’s scientists said earlier they observed fall in pollution near Wuhan (the source of the outbreak). But with time it spread across the country.

An air quality researcher, Fei Liu, said, “This is the first time I have seen such a dramatic drop-off over such a wide area for a specific event,”

Although in late January and early February, there is always a decrease in pollution levels in the past. It used to be due to China’s Lunar New Year celebrations. But once the celebrations are over, they normally increase.

Ms Liu said, “This year, the reduction rate is more significant than in past years and it has lasted longer,”