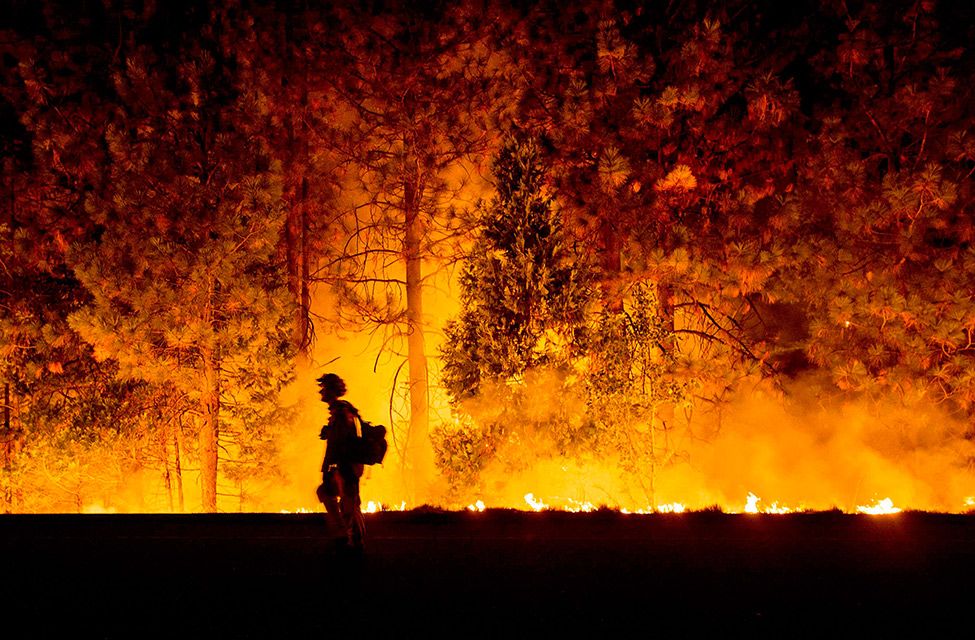 According to the following video by John Holdren, US Science Advisor to President Obama, climate change is making wildfire seasons in the US longer and more intense.

And as the fires increase, pollution in the form of methane, carbon dioxide, tiny bits of soot and motes from brown carbon are released into the atmosphere, adding to the current annual average of about 39 billion tons per year of anthropogenic emissions. Wildfires affect forests, vegetation, grassland, rush, peet, hills, mountains and agricultural land.