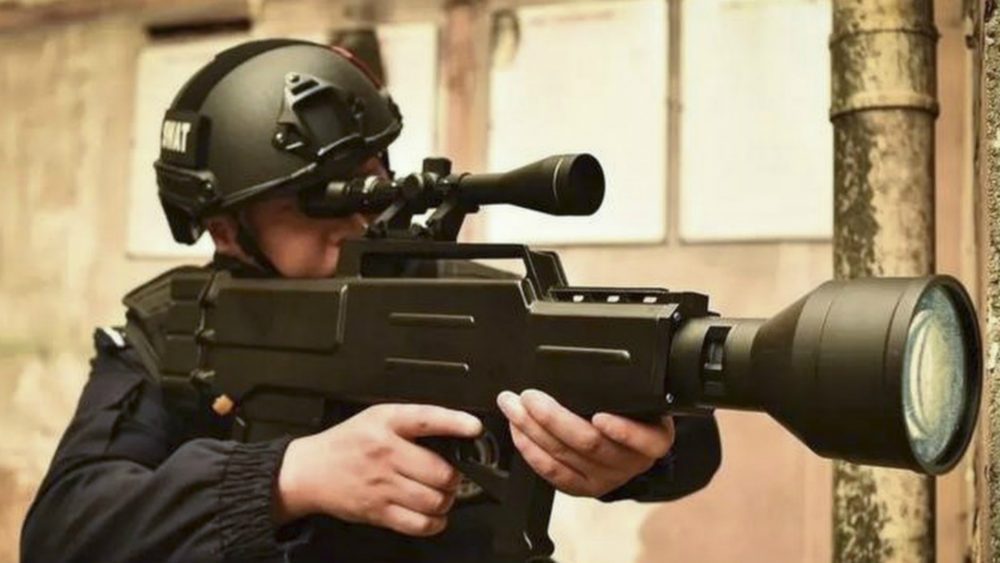 It is a staple of space and spy movies: the handheld laser gun that can target from a long distance. This devastating science fiction weapon was just a fantasy — until now.

The Chinese military has built a terrifying high-tech weapon that is capable of setting fire to targets and clothing from 800 meters (about a half-mile) away. Dubbed the ZKZM-500, it fires a destructive laser beam that can cause “pain beyond endurance.”

The ZKZM-500 weighs about 3 kilograms (6.6 lbs.) with a caliber of 15 millimeters and is powered by rechargeable lithium batteries that can handle over 1,000 laser bursts that last around two seconds each.

It is completely silent and the beam it produces is invisible. When the gun is fired on a target, there is no way for the target to know where the attack is coming from.

The rifle can burn through a person’s clothes and skin. If the unfortunate target happens to be wearing flammable clothing, they could go up in flames. As this technology is very sensitive and could possibly be misused, it will be restricted to China’s military and police only.

Despite the remarkable claims made about this weapon, there may be cause to doubt that it is everything it is reported to be.