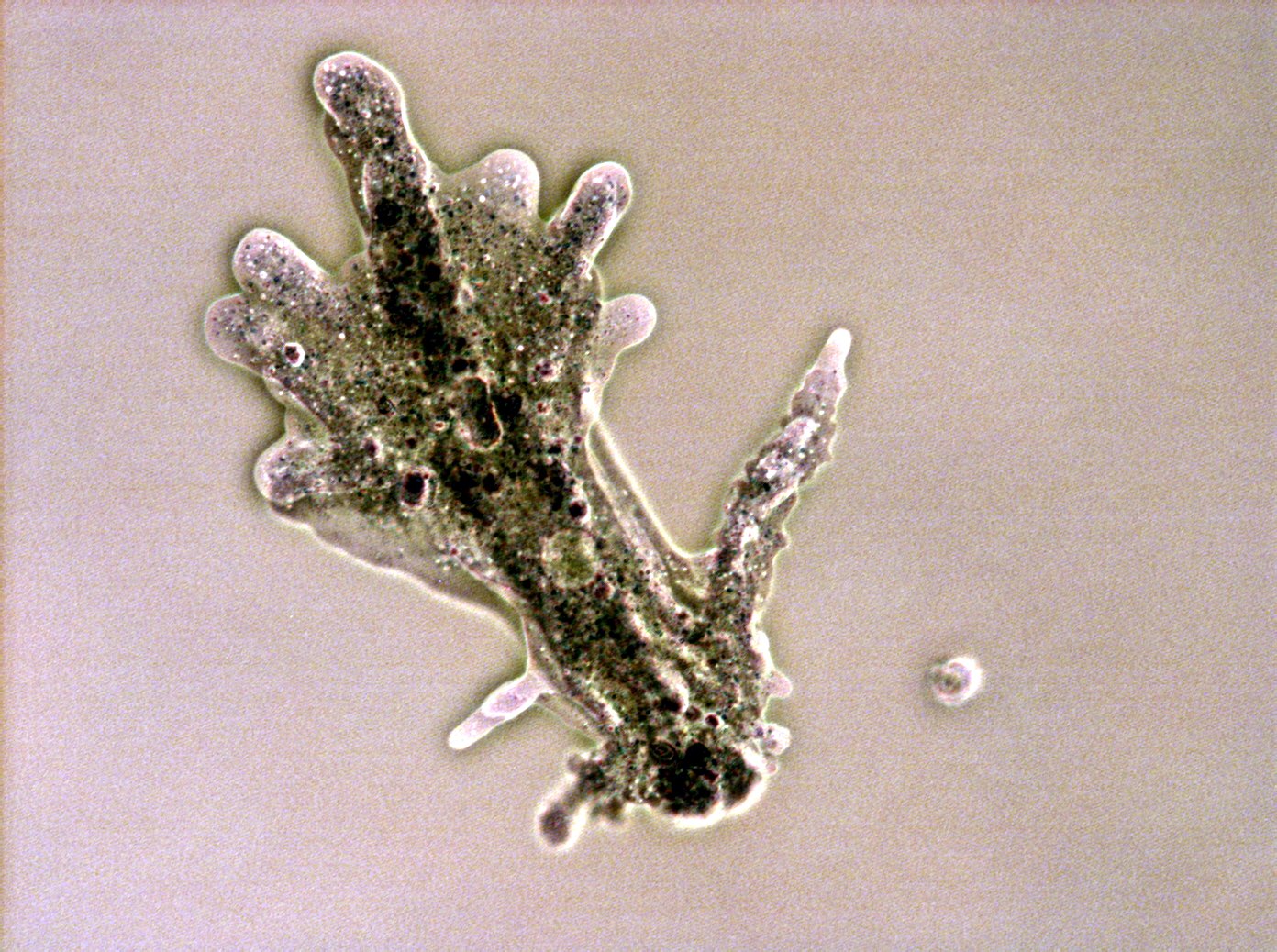 It seems we have a lot to learn about ourselves from studying the behavior of amoebas. Just when we thought we were so highly evolved, it turns out our infant human species has a lot in common with the lowly slime mold called “Dicty.”

A team from the University of Houston, led by evolutionary biologist Elizabeth Ostrowski, studied the cheating behavior of soil borne, social amoebas, Dictyostelium discoideum, also known as Dicty. By observing their manner of dealing with cheaters in their society, the scientists hope to gain insights into promoting cooperation and preventing conflict in our human societies.

According to Ostrowski, “Cheating is part of every society, including human society. There are always individuals who get ahead without doing their fair share of the work. Understanding how societies can remain harmonious and reconcile what is best for the individual versus the group can help us understand what the attributes of a successful society are.”

What is known about Dicty is their typical behavior of morphing from individual organism into a multicellular “fruiting body.” Most of the Dicty’s existence is spent as a solitary entity that reproduces by asexual division. But when starving, the individuals aggregate to form a multicellular “slug” that operates as a society, with competition and conflicts, as well as cooperation.

During the fruiting stage, the outer 20% of the slug altruistically differentiates into a “non-viable stalk” that supports the fruiting of the remaining viable cells into spores. At this stage, cheating can occur to ensure a particular outcome by some of the cells trying to stack the deck with their own viable cell clones. One strain of Dicty could potentially cheat by contributing fewer cells to the stalk and more to the fruiting process.

With funding from the National Science Foundation (NSF), and good luck in the timing of price reduction and ease of genetic testing, the researchers used genome sequencing to test various hypothetical scenarios for cheating and document outcomes of advantage and disadvantage. Would the cheaters’ genetic signature gain reproductive advantage?

They framed the social scenarios as an “arms race, stalemate, or mutation selection.” An arms race would have resulted in less DNA diversity at the location of the social genes. But, instead, they found greater diversity, indicating a stalemate where neither population gains a significant advantage. They even brought in strains from Texas and Virginia, expecting to find less similarity at the social genes. But, in fact, the two strains were more similar at the social genes than at other genes, suggesting a “selective force” that assures genetic social stability, so that neither the cheaters nor the cooperators gain genetic advantage.

Though Ostrowski was the lead author of this paper, she humbly acknowledges the contributions of other scientists. “The authors on this work have a long history of collaboration to address questions at the interface of molecular biology, genomics, and social evolution.”

So even though cheaters don’t gain a genetic advantage, in our present stage of evolutionary development, they seem destined to try. The good news is, the same holds true of cooperators.