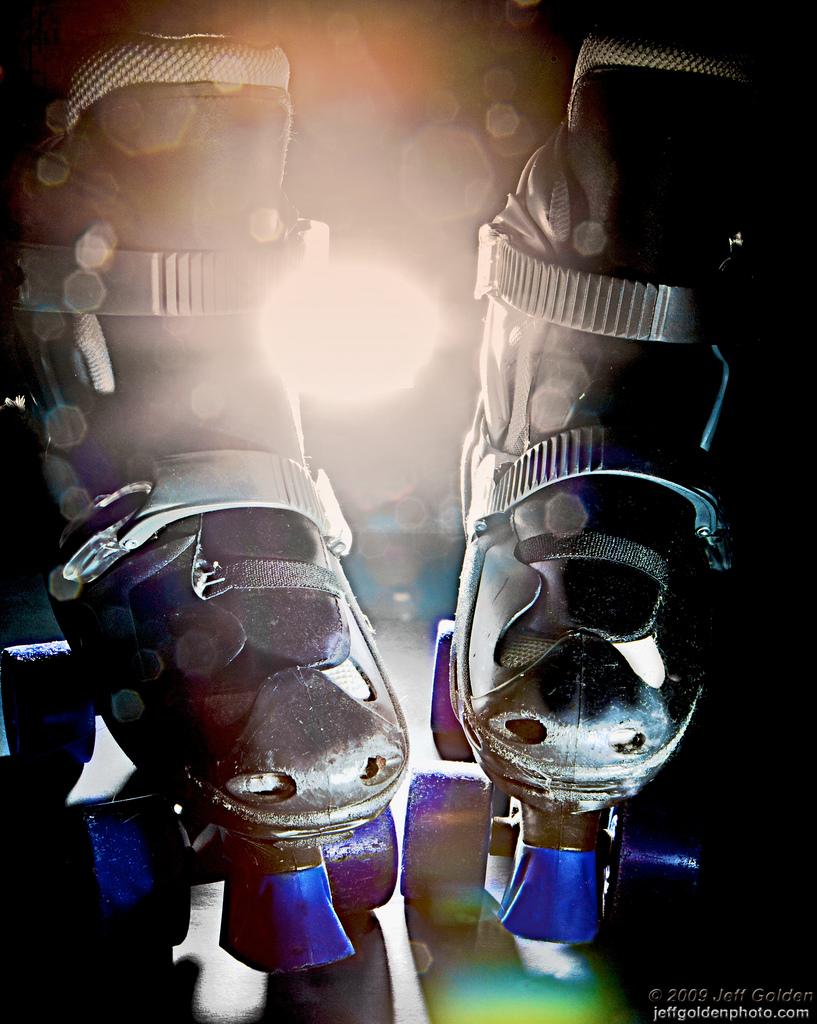 The creators of Wheelskates have that rare combination found in successful entrepreneurs: a will to believe that anything is possible and a set of skills to make their dreams a reality.

Capable of speeds up to 25 mph, Wheelskates allow a rider to gain and maintain momentum with less effort, greater stability and maneuverability, skate over rough terrain or down grassy slopes, or commute like a bicycle free of the seat and handlebars.

Australian Michael Jenkins, an electrician, started building the first prototype in 2004. It was not until after building the fifth prototype in 2008 that he began to believe that the product could take off. The fifth iteration perform better than he had ever imagined possible. Since that time two more prototypes have been added making the current version Chariot Wheelskate 7.0.  Each new version of Wheelskates has incorporated significant product design changes. Anything that has been able to improve performance and reduce manufacturing, processing and component cost has been adopted.

One of the big challenges has been to test alternative configurations of Wheelskates in an effort to protect existing patents and secure further ones. When new configurations have improved the product new molds for production have been created. It has been a fine balancing act and a continual challenge to reduce the number of rejects in the production process but to maintain light weight. The current versions available have wheels from 20 to 24 inches.  Working with the world’s leading carbon composite manufacturers who already do extensive work with bicycle frames and tennis rackets provides continual opportunities to shorten the learning curve and improve the product.

Wheel skates are not yet available for mass sale. When the engineers are confident they have the right design, can produce the product cost effectively and can be sure that they won’t run into any product recalls, sales will open up to the general public.  Wheelskates are currently selling to newsletter subscribers only at a cost of $4,250 which includes tools, a spare set of tires, a spare set of rear wheels and bearings, carry bags and a two year warranty on carbon parts.   As mass production occurs the prices will start coming down.

When using Wheel skates, and this is evident in watching videos of people using them, skaters report an immense feeling of freedom. Wheelskates are easier to use than in-line skates because there is much less friction to overcome, and learning to use wheel skates is reported to be easier as well.

Wheelskaters report trip times averaging between a half hour and as long as four hours and report finding them preferable to biking.  Wheelskaters also report skating for long periods of time without any discomfort.

As far as the market for Wheelskates, it is not a question of replacing any other technology because in-line skates perform better in certain situations such as rink skating or aggressive skating whereas Wheelskates are better for outside, recreational and long distance use.  Wheel skates can go up any hill that a bicycle can go up and when it becomes too steep Wheelskates allow you to walk up snowshoe style with toes pointed out.

The dreamer in Michael Jenkins compares his invention to cars, planes and computers in that they were not initially well received and were thought to have a very limited market.  With the enthusiasm with which Wheelskates are being received this product looks like a big winner!