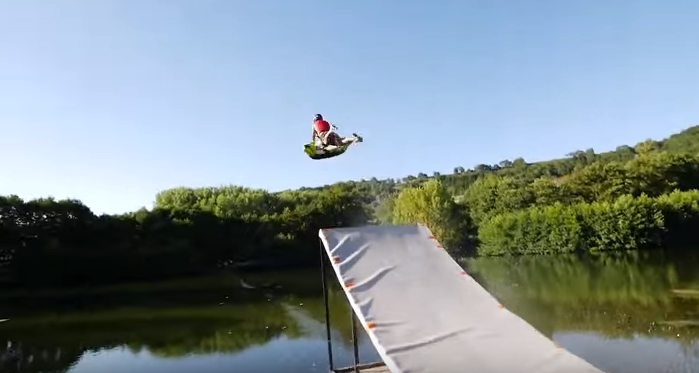 The world is littered with incredible slip ‘n slide creations that eventually find their way onto YouTube where they are celebrated by the masses.

Because after all, who doesn’t like a good old fashioned slip ‘n slide?

Apparently France loves them because YouTube Channel RadCow recently uploaded the most intense slip ‘n slide I’ve ever seen, powered by a freaking car and built on the French countryside of Cantal.

The artisanal water slide uses a rope, raft, and the car’s pulley system to launch riders hundreds of feet into the air and about halfway across the freaking lake itself.

Called the flying man slip ‘n slide, the creation certainly lives up to its name!