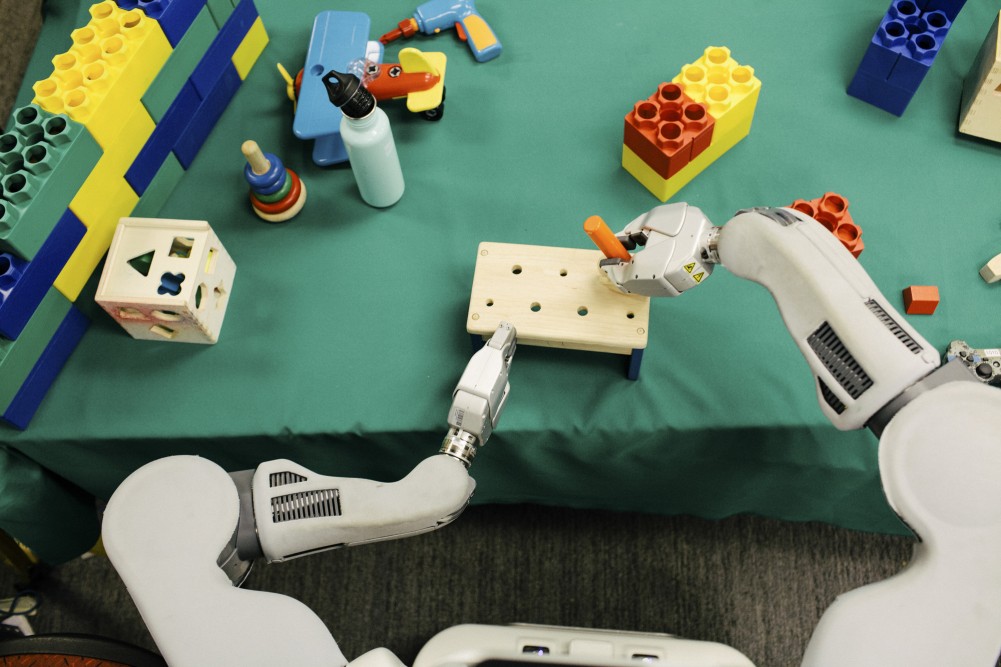 Researchers at UC Berkeley are teaching robots “deep learning” so that they learn and grow in the same way humans do. Just as children start out at a very basic level and, through a process of elimination, adopt behaviors that work or produce rewards, BRETT, or Berkeley Robot for the Elimination of Tedious Tasks, starts by learning simple tasks such as putting blocks together, inserting pegs in holes, and screwing and unscrewing the cap on a water bottle.

Deep learning takes place through the development of neural circuitry in the robot’s software or brain, just as in humans. Researchers create what is known as “deep neural networks,” or DBNs, which “orders knowledge in multiple layers with latent variables” according to Deep Learning Net.

BRETT learns rather clumsily at first, but through trial and error processes eventually accomplishes simple tasks. BRETT begins without any sense of what its operating system and appendages are capable of, but watches humans and begins modeling and refining its actions or behaviors until a task is successfully completed. BRETT stores its progress in memory and then builds new, more complex behaviors in the same way.

The team presented BRETT at the International Conference on Robotics and Automation 2015 that took place in Seattle on May 26th-30th.

This Japanese Beach is Covered With Tiny Sand Stars