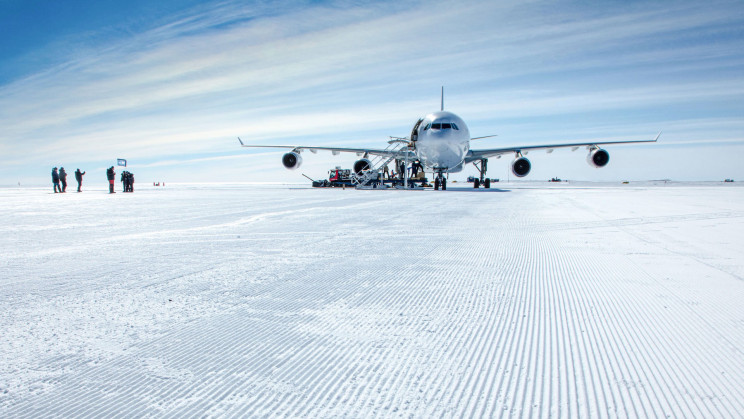 For the first time in history, Airbus A340 has successfully landed on Antarctica. It was projected by Hi Fly, a boutique aviation company. Pilot Carlos Mirpuri and his crew took off from Cape Town, South Africa on November 2.

It took over five hours to fly 2,500 nautical miles (4,630 km) to Antarctica. The crew spent less than three hours on Antarctica and they were back home the same day.

The pilot explained they made it possible due to months of preparation. Antarctica has only 50 landing strips and no airports. So pilots had to consider the slippery conditions and the weight of the aircraft.

He said, “Grooving is carved along the runway by special equipment, and after cleaning and carving, we get an adequate braking coefficient. The runway being 3,000 meters long, landing and stopping an A340 that heavy on that airfield wouldn’t be a problem,”

This icy continent is not only slippery but there is also tremendous reflection.

He added, “The reflection is tremendous, and proper eyewear helps you adjust your eyes between the outside view and the instrumentation. The non-flying pilot has an important role in making the usual plus extra callouts, especially in the late stages of the approach,”

The airliner was chartered by an adventure camp in Antarctica called Wolf’s Fang. The camp is organized by Antarctica tourism company the White Desert. They had hired Hi Fly to perform this historic mission to bring supplies to the extremely remote location.