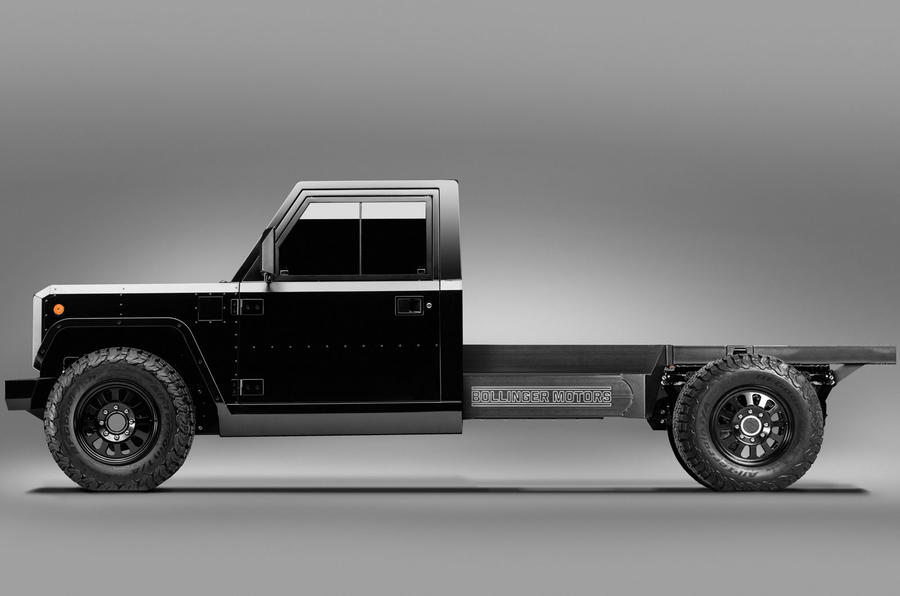 Bollinger Motors is the name of a new American EV startup that aspires to revolutionize the field, and admittedly, we’ve had quite a lot of these since the beginning of 2018.

Where Bollinger differentiates itself is on focusing on a versatile platform that can be used in numerous different applications. By developing an adaptable chassis, Bollinger can manufacture haul trucks, cranes, open-platform or closed-cabin trucks, small firefighters, off-roaders, safari trucks, and anything else that can fit onto the medium-sized platform.

For starters, Bollinger plans to build the “B1” which is an SUV, and the “B2” which is a pick-up truck. In the United States, these two models have been certified as “Class 3” trucks, putting them as market contenders against the Ford F-150, F-250, and the Chevrolet Silverado.

The retail price for the B1 and B2 will start at $125,000, the production will top at 1,500 annually, and the first trucks are planned for delivery in 2021. Bollinger promised some coverage for the European market, as well as that of the United Kingdom, but this will come later along the road.

As for the specs of the Bollinger platform, the startup’s engineers achieved the “absolute” 50/50 weight distribution, the clearance is between 10 and 20 inches (variable hydropneumatic suspension), and the towing capacity is an amazing 3,402 kg (7,500 lbs). The battery that powers the two 614bhp (combined) electric motors is a 120kWh pack, and it’s “refueled” by a 10kW charger that features an integrated advanced thermal management system.

Performance-wise, the B1 and B2 can reach 0 to 60 mph in just 4.5 seconds, which is impressive for a truck of this size and weight. As for the off-road capabilities, Bollinger incorporates one electric motor on each axle, so there’s a four-wheel-drive system that features some level of independence between the front and the rear wheels.