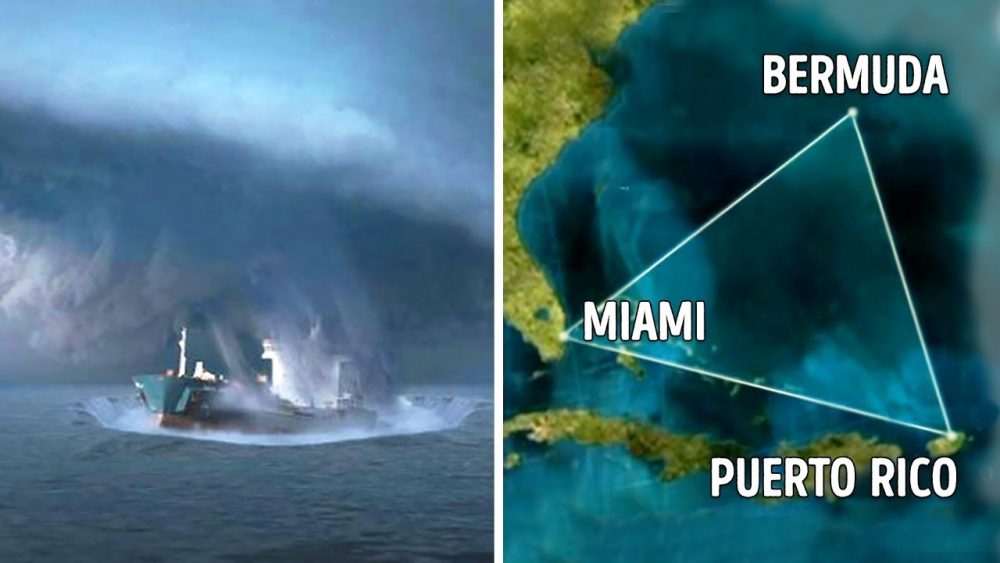 We have all heard the mysterious tales of ships and planes going missing without a trace in the infamous Bermuda Triangle, sometimes called the Devil’s Triangle.

The Bermuda Triangle covers about 500,000 square miles of ocean off the southeastern tip of Florida to Puerto Rico and the island of Bermuda in the North Atlantic Ocean. It has long stumped scientists and unsettled sailors.

Over the years, a variety of paranormal culprits have been blamed. But there has been a lack of any plausible or scientific explanations for the vanishings.

A team of scientists at the University of Southampton claims that they have discovered what was responsible for all of the missing boats and planes: “rogue” waves measuring 30 meters (nearly 100 feet) high.

These rogue waves, which last for several minutes, were first observed by satellites in 1997 off the coast of South Africa.

The team built a model of the 542-foot vessel USS Cyclops, which went missing in 1918 claiming 300 lives. It did not take long before the model was overcome with water during the simulation. Scientists explained that these monster waves can snap a boat, such as the Cyclops, in two.