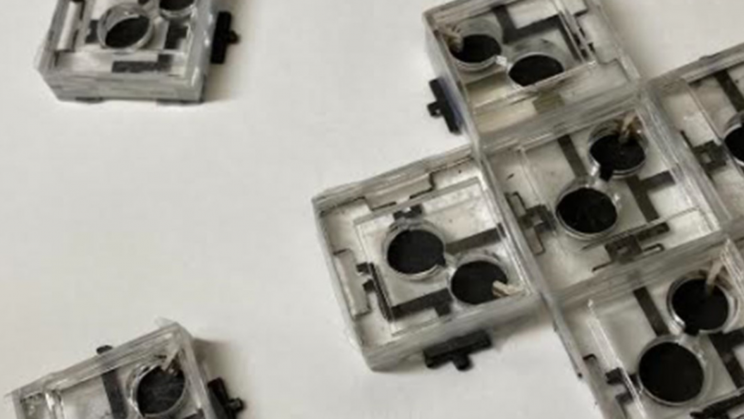 Researchers at Binghamton University, New York have created a new “plug-and-play” biobattery that can generate electricity for several weeks.

Seokheun Choi, a professor at Binghamton University has been researching biobatteries for years. Although he developed several bacteria-based batteries, they worked for a very short time. In this study, researchers were trying to create long-lasting batteries by combining different types of bacteria.

The battery consists of three layers with different types of bacteria species stored in separate vertical chambers. These bacteria support each other, take in sunlight and produce electricity.

The uppermost chamber has Photosynthetic bacteria that generate organic food. Middle layer bacteria use the food generated by upper layer bacteria for their nourishment and bottom-most layer has electricity-producing bacteria. These bacteria generate some chemicals to improve electron transfer.

These batteries can be combined and reconfigured according to the voltage and current required. Choi’s team tested biobatteries that measured 3 cm2 (0.5 in2). These batteries were able to generate electricity for weeks at a time. But the battery could generate a small amount of electricity sufficient for running small sensors or electronics in remote areas. However, the output could be increased by adding more units.