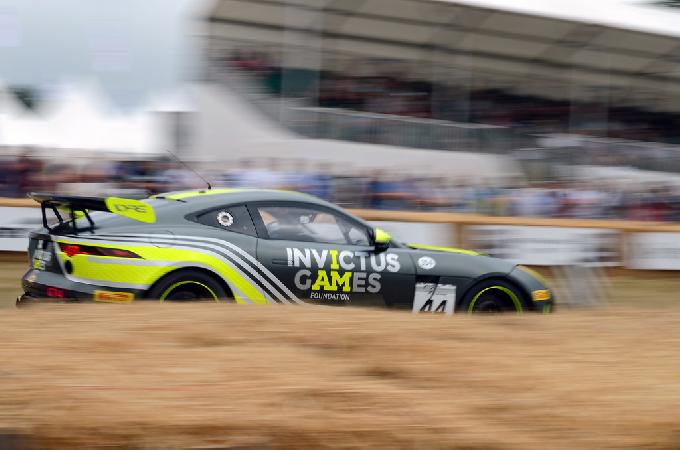 Spanish automaker IFR Automotive S.L., founded in 2003 by Ignacio Fernandex Rodriguez, is based in Catalonia and its latest offering, Aspid GT-21 Invictus is named after a viper species native to the region.  The Aspid GT-21 Invictus is a “Supercar” that accelerates from 0 to 62 mph in 2.8 seconds with a top speed of 155 mph.  But what makes IFR’s Aspid cars special is not how fast they are.  Pure research and development at the center of its founder’s thinking is.

Rodriguez brought with him personal experience in the automobile industry from design of components and whole vehicle concepts to the engineering of high volume production of cars.  In addition, Rodriguez had developed specialized engineering skills in supporting competitive racers and rally cars.  His highest profile job was rally engineer with the Mitsubishi team competing in the World Rally Championships.

IFR uses an aluminum extrusion composite system called Alexcom which provides a main body that is ten times stiffer than a conventional aluminum frame.  A twin brake system is another innovation by IFR which was patented and is a light weight stainless steel brake system with twin discs with turbine shaped slots for unparalleled cooling and efficiency.

IFR has also created an innovative suspension system which is light weight and has a suspension arm extruded from an aluminum tube with an elliptical cross-sectional profile with two reinforcement cords running throughout the extrusion.

Finally IFR has implemented what it calls “Unidrive” which completely eliminates the traditional instrument panel and replaces it with two state of the art digital displays which totally integrates an almost infinite number of electronic and electrical possibilities within a common system.   A driver can change almost whatever parameter he chooses such as the rev limit, valve timing, power output, steering assistance, ABS, noise valve, brake balance, traction control, stability control, pitch, roll, yaw and ride height as well as damping characteristics. And, with a touch of the screen restore the factory settings.

Rodriguez decided to take up vehicle research and development when he saw the opportunity to bring innovative technologies to the car market.  His experience and connections in motorsports had exposed him to cutting edge technologies that he would integrate into his designs.

IFR’s cars are produced in limited runs and provide owners with a truly unique car.  Alliances with some of the top auto parts designers in the industry insures the finished product is among the best.