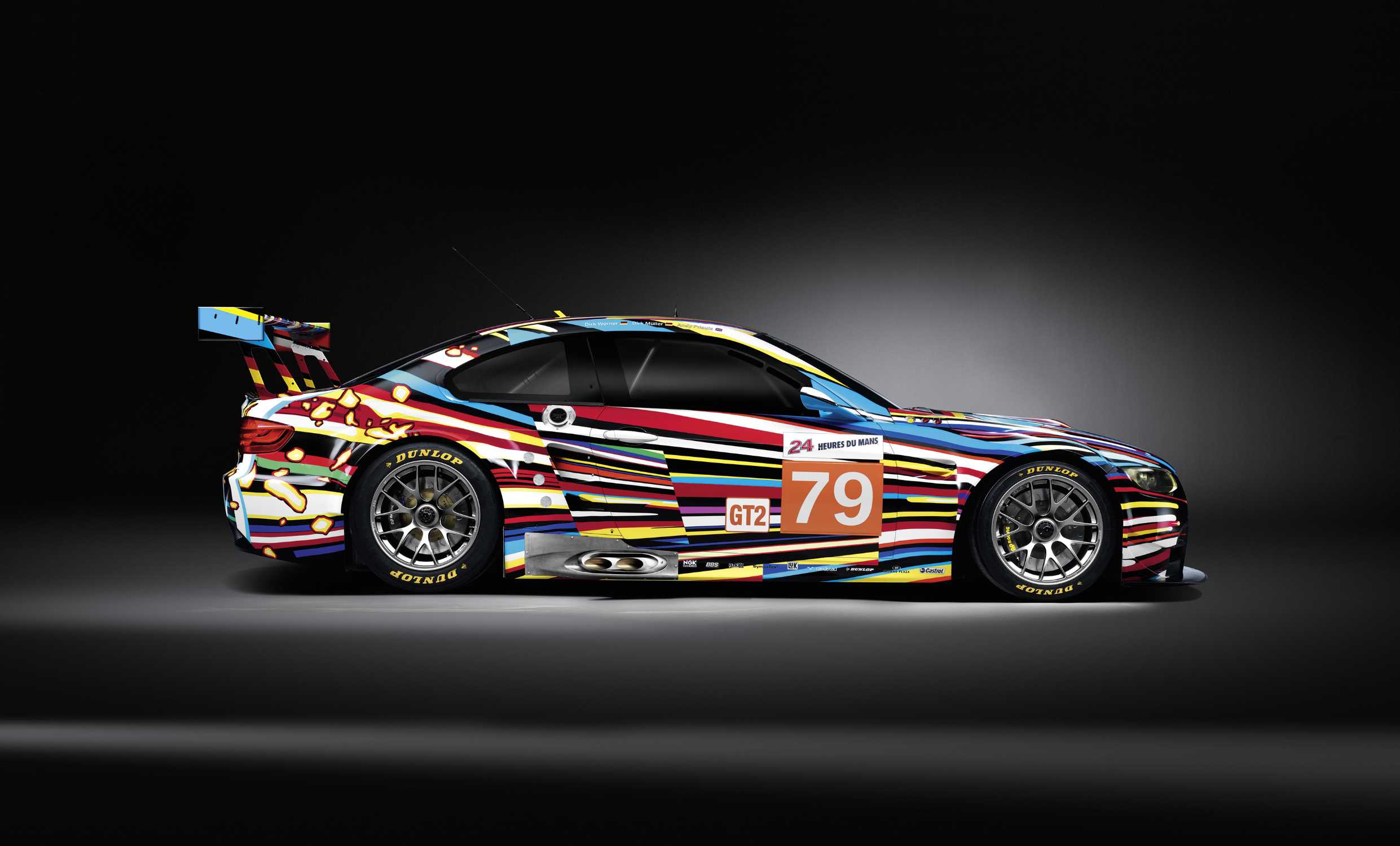 From the flower power VW vans of the 1960s to the brightly colored artistic creations on the public buses of Panama, humans worldwide have a fascination with vehicles that deviate from the solid hues typical of most automobiles.

Since 1975, BMW has featured an artistic display of its prized cars. The original idea was a creative manifestation of race car driver and art enthusiast, Herve Poulain, who commissioned artist Alexander Calder to paint his car for the Le Mans race. The first art car was such a hit when it took to the track that BMW decided to make a trend out of the art car displays.

One of the most popular and most valuable cars was painted by Andy Warhol in 1979. And, true to his famed style, Roy Lichtenstein’s 1977 model donned his “comic strip dots” appearance. Frank Stella’s 1976 representation was “graph paper.” In 1991, African artist Esther Mahlangu became the first female participant with her multicolored, geometric pattern.

BMW eventually embraced the concept as a marketing tool, featuring some of the cars in their advertisements. And there was even a limited edition collection of 1:18 scale diecast miniatures selling upwards of $100 each. Over the years, there have been 19 of the BMW Art Cars selected by an international panel of judges and painted by international artists. True to the nature of art, there is no norm. Swedish artist, Olaf Eliasson, used the opportunity to make a statement about the automobile’s connection to climate change with his hydrogen powered car. The skin was replaced by steel platelets covered in ice. And, Robin Rhode deviated completely by using a BMW Z4 to create an art piece by rolling its painted tires over a massive canvas.

Since 2009, the autos have mostly been making the museum and art circuit rather than running laps around the racetrack. They’ve been featured in Los Angeles at the county museum there and at Grand Central Station in New York. There was a Mexico tour that took them to Monterrey, Guadalajara, and Mexico City.

The latest creation was exhibited at Art Basel in Miami Beach in November 2016 and then headed to the races in Daytona. It was painted by 85-year-old California artist John Baldessari, who can’t fit his own 6’7″ frame inside the vehicle. Baldessari’s art is noted for specifically placed dots of primary colors. The BMW M6 GTLM that he painted has a giant red dot on the roof that makes it identifiable from above. The word FAST plastered along one side attests to the vehicle’s 130 mph speed capability.

Some artists have taken it upon themselves to show that imitation is the best form of flattery and made some notable works of auto art. Though they may have copied the idea, their creations are every bit as unique as the official cars. BMW doesn’t seem to mind, and the art world has welcomed them into galleries and bestowed high honors on the creations.

It’s a delightful fusion of art and mechanics. An imaginative future of BMW art cars, both official and unofficial, has been unleashed on the worlds of art and auto enthusiasts. “Ever the twain shall meet.” Be on the lookout; these roving works of art may even show up in an exhibit near you.