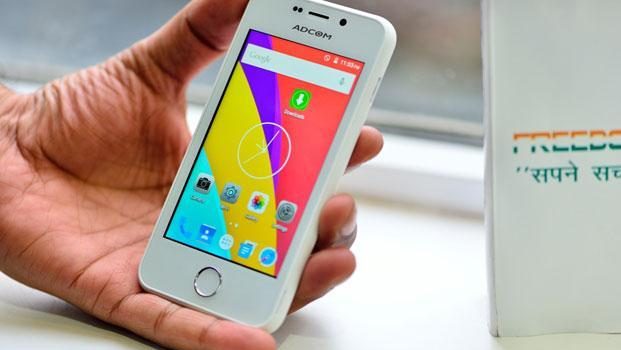 A little-known Indian company named Ringing Bells is all set to disrupt the affordable smartphone market in India by launching its ultra-cheap smartphone, ‘Freedom 251.’

Freedom 251 is being launched at an astonishingly low price of Rs 251 or less than $4. It is the cheapest Android smartphone in the world.

In February, when the company announced the Freedom 251 phone, there was a mad rush for booking the phone online and over 70 million people registered for it.

The Freedom 251 touts cool specs with a cheaper price:

The 3G phone has a 1.3GHz quad-core processor and a 4” screen. It has both front and back cameras. The front camera is VGA resolution, and the rear one is 3.2MP.

Inside is 1GB RAM, 8GB of storage, and a 1450 mAh battery. A microSD card slot supports up to 32GB of additional space. The phone runs on 5.1 Lollipop.

Earlier, when the phone was launched, it was thought to be a scam, but the company is ready to ship its first batch of 200,000 units.

It’s hard to imagine how the company can make a smartphone at $4, so it will certainly take a loss on each handset. This price seems too good to be true, and one must worry that there’s a major catch here…or maybe it’s just a low-cost marketing strategy. The Department of Telecommunications (DoT) within India’s government is keeping a close eye on the proceedings.