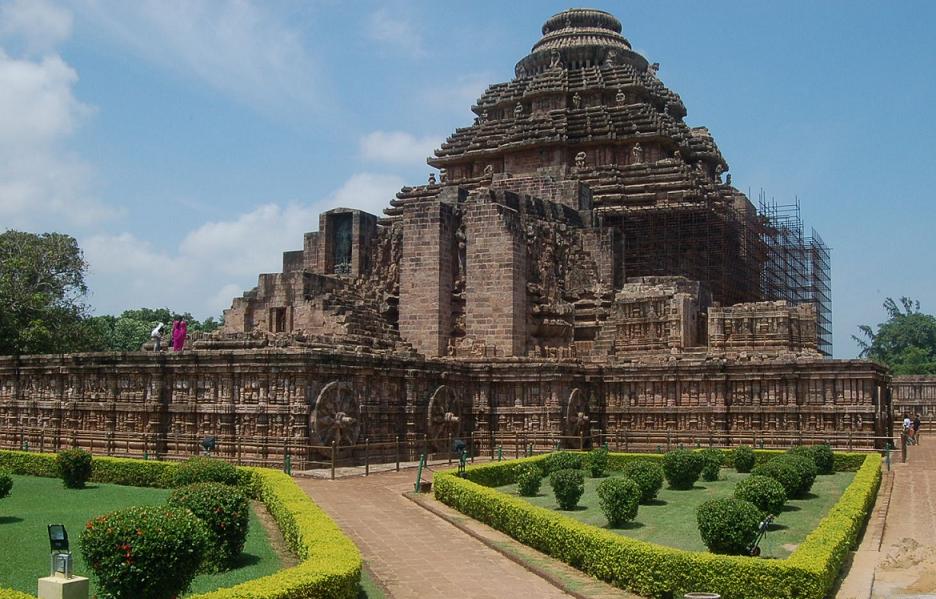 Konark Sun Temple is a 13th-century Hindu temple dedicated to the Sun God Surya. The temple was considered as a chariot for the Sun God, who is often seen in pictures riding a chariot led by seven horses or one horse with seven heads.

The entire temple is in the form of a gorgeously-decorated chariot mounted on 24 wheels, each about 10 feet in diameter and drawn by 7 mighty horses. The 7 horses represent the days of the week and the 12 pairs of wheels represent the 12 months of the year.

The main attraction of the temple is its 12 pairs of elegantly adorned wheels located at the base of the temple. These wheels tell the time. The spokes of the wheels create a sundial. One can calculate the precise time of day just by looking at the shadow cast by the spokes.

But the ancient beauty affected modern technology. The magnet at the top is said to have disturbed compasses for coastal voyagers and was later removed by the British.