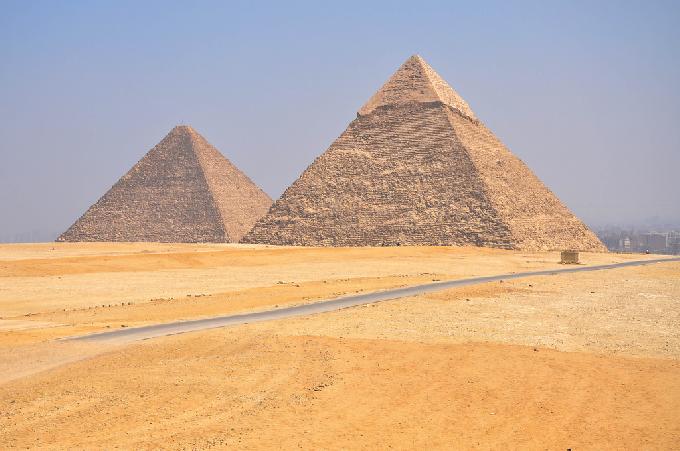 The Great Pyramid of Giza, a tomb for the pharaoh Khufu whom the Greeks referred to as Cheops, was built around 2560 B.C. How this Egyptian pyramid was built still remains one of the world’s biggest mysteries. Measuring 481 ft. high and 755 ft. on each side, this ancient wonder would be a challenge to build even with the modern technology available today.

But now, archaeologists believe they have unlocked the mystery of how the structure was built, and how 2.5-ton blocks of stone were transported to the site.

In a new British documentary, “Egypt’s Great Pyramid,” aired by the UK’s Channel 4 recently, archaeologists claim to have finally solved one of the greatest ancient mysteries of all time.

Apparently, a recently discovered ancient papyrus scroll has helped the archaeologists to answer the age-old question. The papyrus was written by an overseer named Merer working on the pyramid’s construction. It was discovered in 2013 in the ancient port of Wadi al-Jarf, on the Red Sea.

Archaeologists discovered that thousands of workers used wooden boats built with planks and rope to transport limestone in a series of specially built canals dug along the Nile. The stone blocks were then rolled over special tracks to the base of the pyramid. An estimated 2.3 million stone blocks were transported in this manner over the course of two decades.