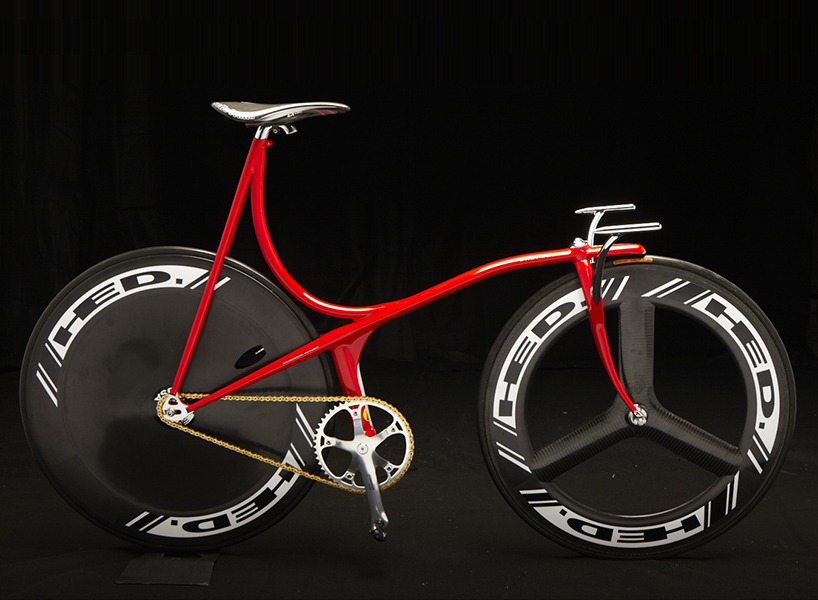 Japanese company Cherubim was founded by Hitoshi Konno back in 1965, and the company has been known for its innovative bicycle designs ever since.

Cherubim’s Air Line bike avoids air-resistance by essentially getting away from conventional bicycle designs, in this case with more of a wave-like framework that avoids right angles at all costs.

Since first introducing the Air Line bike for the Japanese National Cycling Team at the 1968 Olympics, the focus of Cherubim has always been on proper aerodynamics to enable fast riding.

“Aerodynamics is the largest theme in bicycle history all the time,” says Shinichi Konno. He continues, “Cherubim created this bike by breaking the regulations and traditional concepts, because we believe this is the only way to expand the horizon of bicycle design. We’re too wedded to the traditional diamond-shaped bike, Air Line presents the new possibility for the race like the hour record and velodrome time trials.”