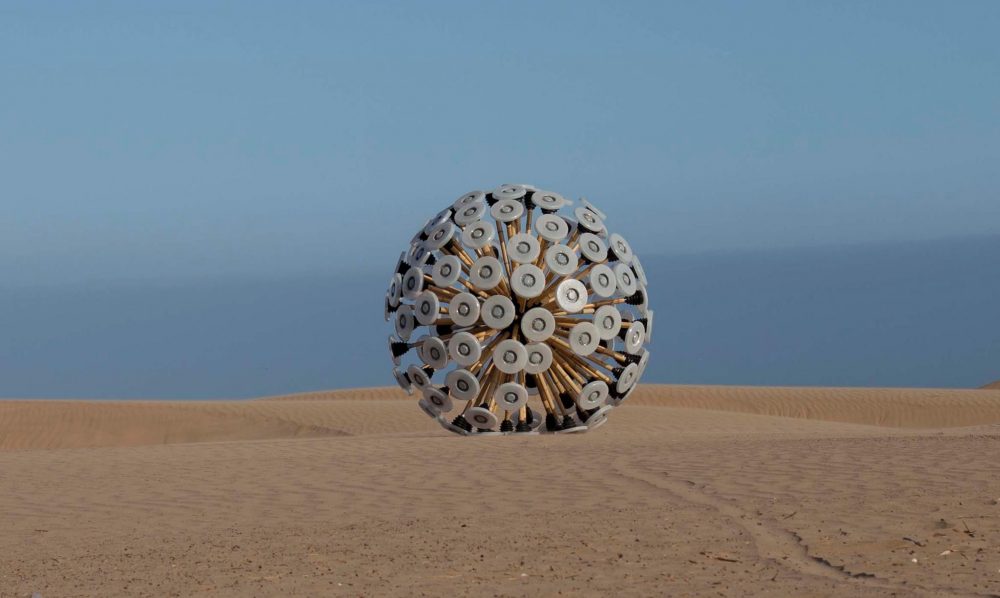 Are you aware of the problem of landmines? As per an estimate, there are 110 million active mines scattered in over 70 countries.  About ten innocent people are killed or injured by these explosives every single day.

Afghanistan is most affected by this issue, and victims are mostly innocent children.

Two brothers – Massoud and Mahmud Hassani – who were born and raised in Kabul, Afghanistan, experienced these dangers from an early age. To fight this problem of landmines, Massoud designed a giant “puffball” anti-landmine robot.

Living in the Netherlands, the brothers created this mine-sweeping robot based on the homemade wind-powered toys Massoud made during his childhood.

They named this ball Mine Kafon, after “kafondan,” which in their native Dari language means “something that explodes.”

Mine Kafon not only explodes the landmines on contact but it also keep the records of land cleared of mines and safe paths using its GPS mapping unit.

As per Massoud, “Mine Kafon is not only an anti-landmine device. It opens a discussion of global awareness.”