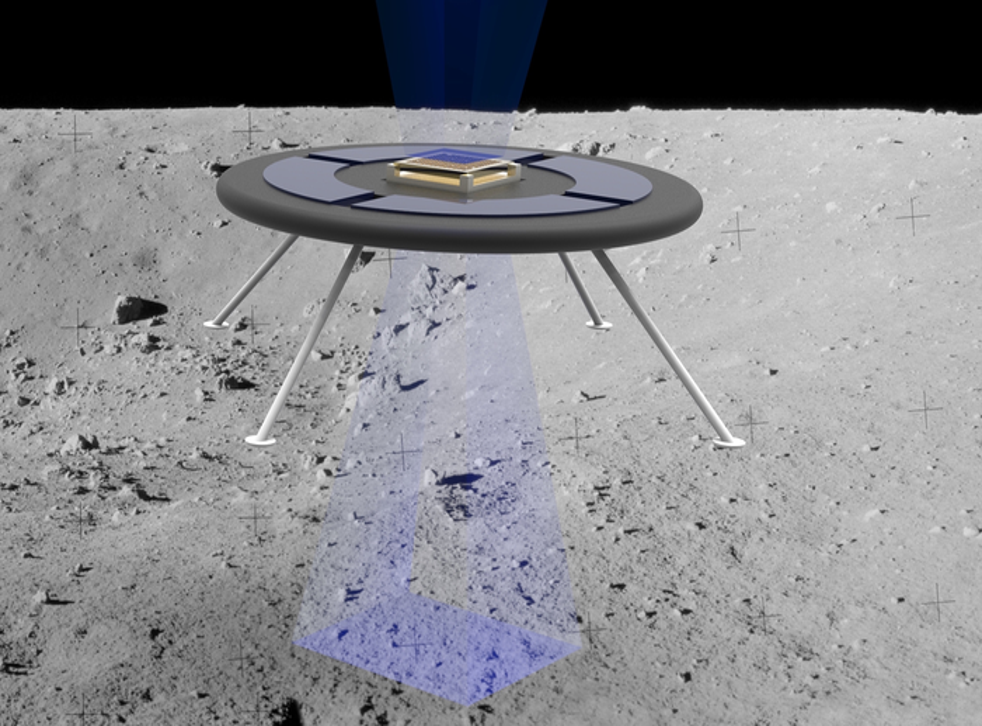 As seen in sci-fi movies, we generally believe flying saucers are the crafts used by aliens. But now, Massachusetts Institute of Technology (MIT) researchers have developed a flying saucer to explore the moon.

This flying saucer would be able to float on the moon

The rover would float above the lunar surface using the force of electrostatic repulsion.

The flying saucer is powered by an electric field generated due to direct exposure to the Sun and its surrounding plasma. Our moon does not have any protective shield of the atmosphere so the lunar surface is directly solar exposed. As the result, it becomes positively charged and can levitate dust up to 1 meter (3.3 ft) above the ground.

Rover’s wings will be made of Mylar, a material that naturally carries the same charge as surfaces on airless bodies. Tiny ion beams would help in charging up the vehicle, as well as boosting the natural surface charge. With this, researchers want to generate a relatively large repulsive force between the vehicle and the ground.

According to NASA engineers, “similarly charged surfaces should repel each other with a force that lifts the glider off the ground.”

“But such a design would likely be limited to small asteroids, as larger planetary bodies would have a stronger, counteracting gravitational pull.”

According to MIT scientists, such a system will also work on small asteroids. As this flying saucer is crewless, it would enhance the electrostatic repulsion by emitting beams of negatively charged ions outward. Thus, it will give the rover a positive charge.

MIT researchers explained that these ions will be released by nozzles on upward and downward facing miniature ion thrusters. These would apply voltage to an ionic liquid drawn from a connected onboard reservoir.

In a proof of concept, MIT researchers were able to levitate a palm-sized 60-gram model rover

Paulo Lozano, an Aerospace engineer said, “With a levitating rover, you don’t have to worry about wheels or moving parts,”

“An asteroid’s terrain could be totally uneven, and as long as you had a controlled mechanism to keep your rover floating, then you could go over very rough, unexplored terrain, without having to dodge the asteroid physically.”