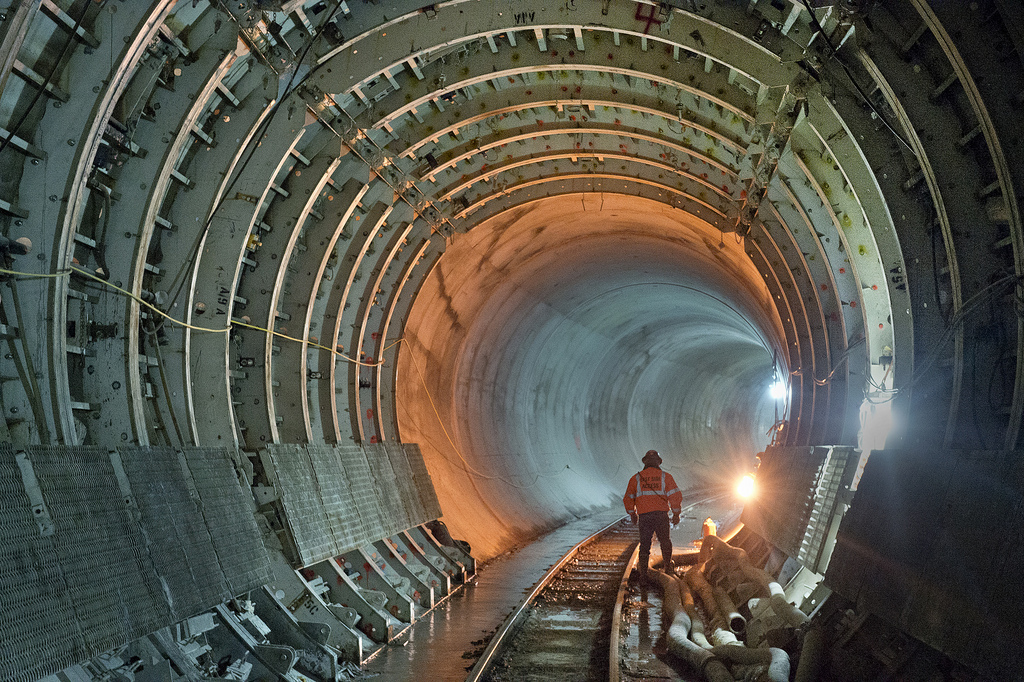 Despite recent New York City Subway tunnel flooding as a result of Hurricane Sandy, East Side Access Project (ESAP) engineers are moving forward on connecting Long Island Railroad (LIRR) and Grand Central Terminal for the first time. LIRR’s Main and Port Washington lines in Queens will be connected to a new terminal beneath Grand Central Station in Manhattan increasing LIRR’s capacity into Manhattan and shortening commuting time for Long Island and eastern Queens commuters traveling to the East side of Manhattan. ESAP has been excavating tunnels approximately 120 feet below Manhattan streets with two Tunnel Boring Machines (TBMs) from manufacturers SELI and Robbins. The two TBM’s have created eight tunnels starting and ending along the alignment.. ESAP is also excavating four tunnels in Queens. Two slurry TBM’s designed to tunnel through soil and soft ground are being used in Queens.Excavation is currently underway to create caverns needed at Grand Central Station and are expected to be completed in early 2013.

All totaled the excavators have eaten through 350,000 cubic feet of bedrock creating 6 miles of tunnels and huge caverns to house new stations.  Excavating this much of the bedrock of Manhattan caused fears among some that one of Manhattan’s famed buildings might experience a collapse. Hurricane Sandy wasn’t the only thing that has slowed the project; its sheer complexity has caused engineers to reconsider and redesign significant portions of their original plans.  Originally expected to be completed in 2014 at a cost of $920 million, the project now has a 2019 end date and a tab of $8.2 billion. Slide Show of the New York Underground Construction. Click next to start.