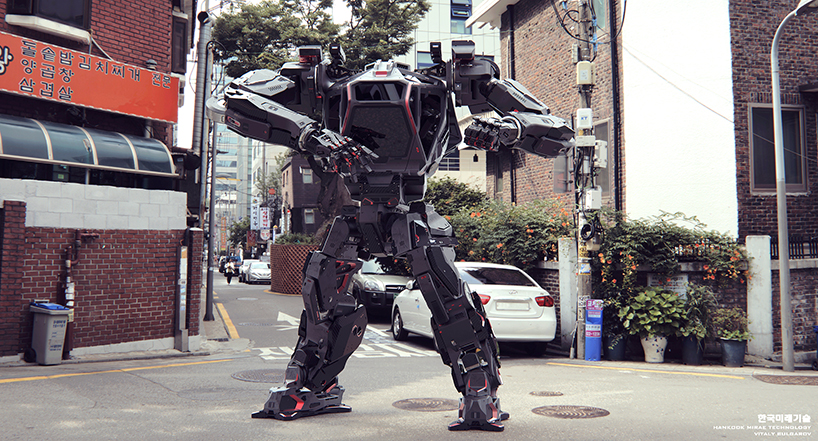 The METHOD-2 robot almost looks identical to the suits used in the sci-fi flick Edge of Tomorrow starring Tom Cruise.

Ultimately, once the bipedal robot is completed, the goal is for it to be worn by humans to reach dangerous, hazardous, or extremely difficult areas which require copious amounts of protection.

“Just like humans, it will be able to move more freely in the next couple of years,” says Hankook Mirae Technology Chairman Yang Jin-Ho.

With a price tag of $8.3 million per robot, one better hope it can do more than just move more freely moving forward!

When asked what the robot is for, designer Vitaly Bulgarov commented, “From a mechanical / software / hardware / electric engineering standpoint, it was quite an ambitious project that required developing and enhancing a lot of technologies along the way. That growth opens up many real world applications where everything we have been learning so far on this robot can be applied to solve real world problems.”