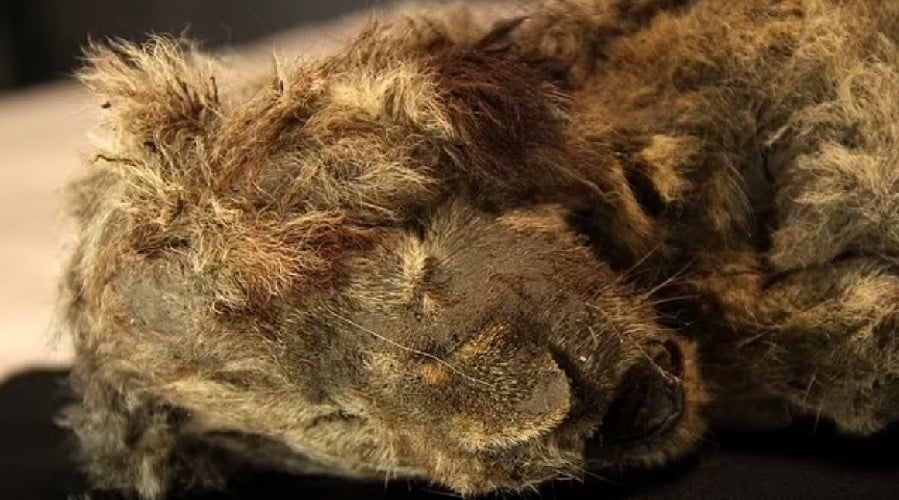 Image by Centre for Paleogenetics

According to the researchers, Sparta is one of the most well-preserved Ice Age creatures ever found. It is so well preserved that her fur, teeth, skin, soft tissue, and organs are still there.

“To my knowledge, this is the best-preserved frozen specimen from the last Ice Age ever found,” study author Love Dalén, an evolutionary geneticist at Stockholm University’s Centre for Palaeogenetics, tells NBC News. “Sparta is in near-perfect condition.”

In 2018 Sparta was discovered at the Semyuelyakh River in Russia’s Yakutia region by a local Yakutian, Boris Berezhnev. He was looking for ancient mammoth tusks when he discovered Sparta. In 2017, he also spotted another cave lion named Boris (male cub). Both the cubs aged one to two months.

Although the cubs were found 15 meters apart, they are not only from different litters but were also born thousands of years apart.

Cave lions have been extinct for thousands of years. Because of global warming, similar finds in Russia’s vast Siberian region have turned up with increasing regularity.

Paleontologist and one of the study’s authors Albert Protopopov said, “There is a very realistic chance to recreate cave lions, and it would be a lot easier than to clone a woolly mammoth,”