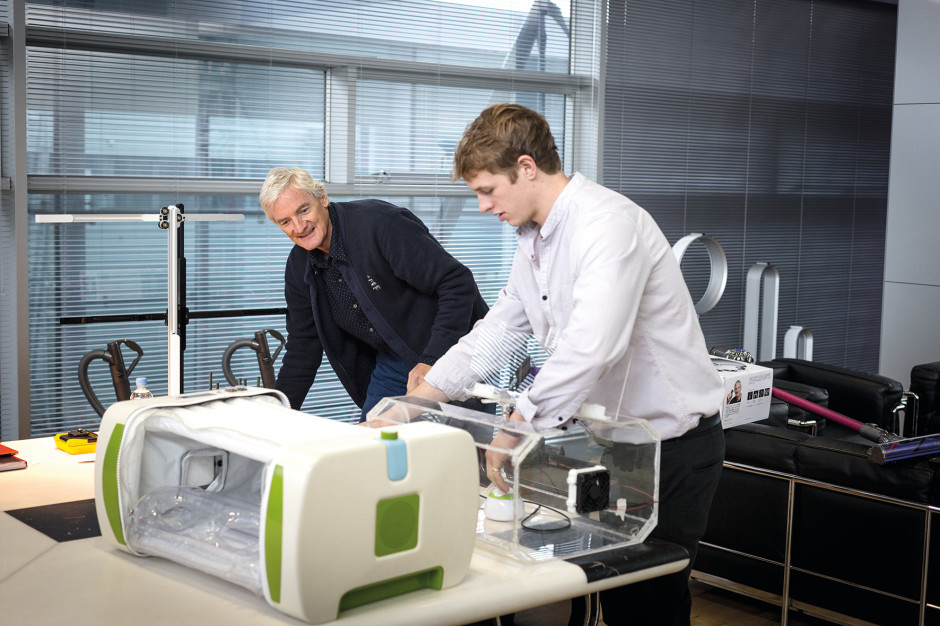 Roberts created a low cost incubator, MOM, to help one in ten babies worldwide born prematurely. With Roberts’ invention 75% of deaths resulting from premature birth can now be avoided. The incubator is inexpensive, inflatable and electronically controlled. For more, see the video on Roberts’ entry:

Runners-up for the 2014 James Dyson awards were:

Jack Trew, a student at the University of Birmingham, has created an alternative to expensive high-tech centrifuges usually found in first and second world medical facilities. Trew’s low-tech “Spokefuge” is modern lab equipment designed to fasten to a bicycle tire allowing doctors to more quickly and accurately diagnose illness. Spokefuge is made up of seven pieces and processing test tubes takes about 10 minutes of cycling. Mark Zuckerberg Wants To Build a ‘Brain-Computer Interface’ To Read Your Thoughts
Can the World’s Fastest Lawnmower Cut the Grass at 130 MPH?