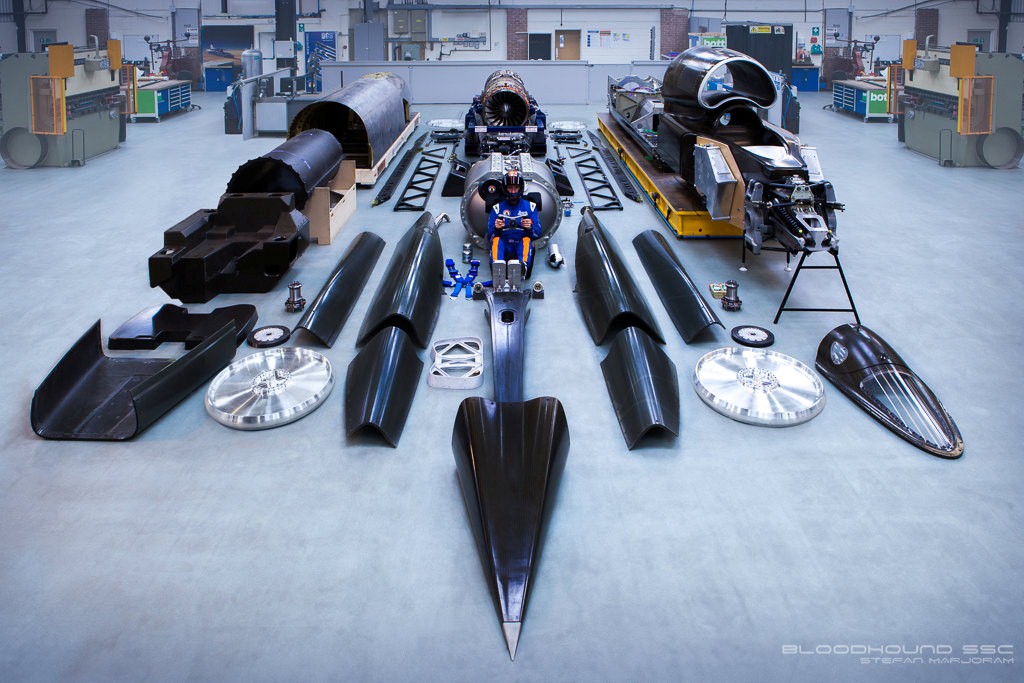 The BLOODHOUND Supersonic Car kit contains over 3,500 components, many custom-made, including: a state-of-the-art Rolls-Royce EJ200 jet engine – normally found in the Eurofighter Typhoon jetfighter; a cluster of Nammo hybrid rockets – developed to power the next generation of space launchers; a 550hp Supercharged Jaguar V8 – used to pump the oxidizer into the rocket;  two unique Rolex instruments specially made for BLOODHOUND SSC;  a titanium skinned upper chassis; a carbon fiber monocoque and canopy with 50mm thick windshield; plus 22,500 aerospace-grade rivets, each hand-fixed. Driver Andy Green and assembly instructions included.

One hundred and ten man-years have been invested in the design, build and manufacture of the BLOODHOUND Supersonic Car, which is on track to challenge the Land Speed Record later this year in the Kalahari Desert, South Africa.

BLOODHOUND may be the world’s fastest race car but going fast is not its main role. The focal point of The BLOODHOUND Project is to inspire the next generation of scientists and engineers by showcasing these subjects in the most exciting way possible. Over 5,700 UK primary and secondary schools and thousands more around the world use BLOODHOUND materials in class and science clubs. The aim is for every school child in the UK to enjoy at least one BLOODHOUND lesson or experience by the time the car reaches its ultimate Land Speed Record goal of 1000mph in 2016.

Is the Ukraine’s Floating Castle Real or Fake?