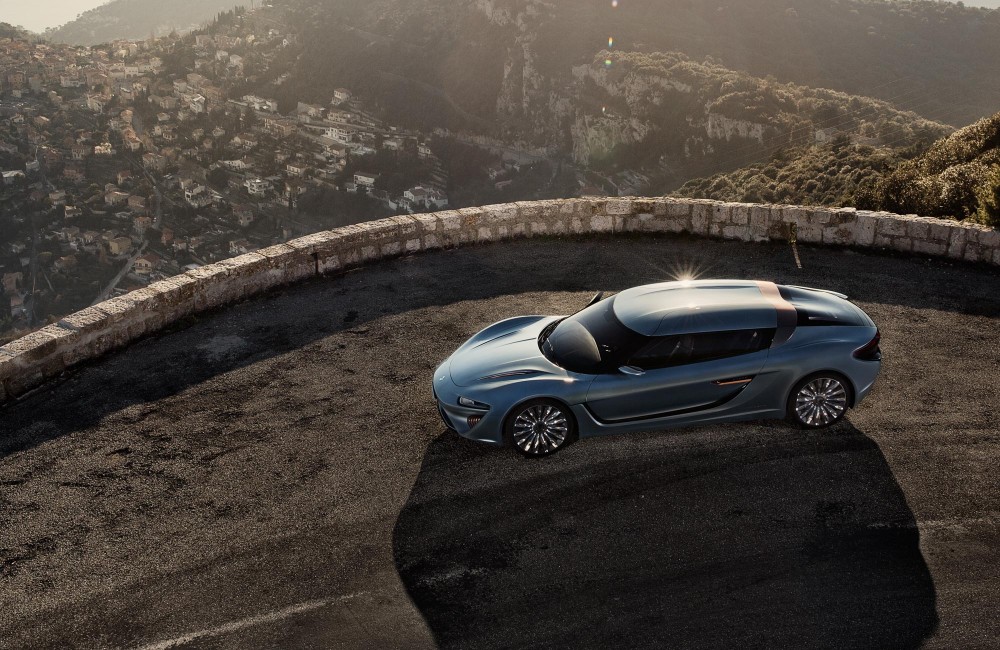 The Quant 920 hp e-sportslimousine, was approved for use on EU roads July 22, 2014. The Quant uses a novel powertrain and energy storage system that is taking the automobile industry by surprise. And this is only the beginning; the company plans to use its low-cost, environmentally friendly technology to supply alternative energy to houses, ships, aircraft and trains.

The technology is not new and has been developed in a number of research institutes around the world, including NASA.

The following video shows how this type of battery works.

La Vecchia owns several companies, runs his own research and development facility and has more than 60 patents. nanoFLOWCELL has partnered with Bosch Engineering, a subsidiary of Robert Bosch GmbH, to develop electronics for the vehicle and create prototypes. There are currently two prototypes that have been engineered at the company’s facility in Weissach, near Stuttgart.

The new engine is electric powered but unusual in that it uses a new technology called a “flow battery” that stores electricity in specially compounded “ionic saltwater” in two 400 liter, refillable, tanks. The car has a 644 hp engine and all-wheel-drive and a range of 372 miles (600 km) and is designed to reach 217.5 mph (350 km/h) and accelerates from 0 to 62 mph (100 km/hr) in just 2.8 seconds.

Access the Press Kit for the Quant e-Sportlimousine here.