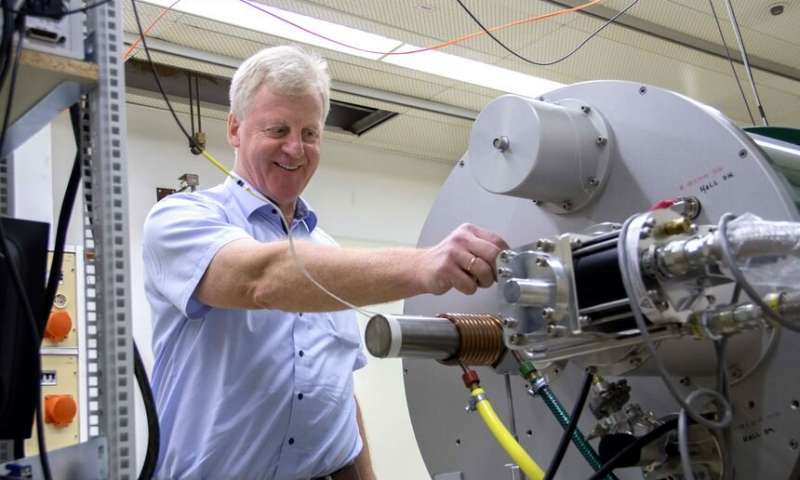 Thermoelectric materials convert heat into electrical energy.  The amount of energy that can be generated from a particular material is measured by the ZT value. So far, the best thermoelectric had ZT values of around 2.5 to 2.8. However researchers from TU Wien (Vienna) have developed a material with a ZT value of 5 to 6.

No need of cables:

Scientists’ researched different thermoelectric materials for years. Their years of efforts led to the discovery of this new material which is a thin layer of iron, vanadium, tungsten and aluminum applied to a silicon crystal.

It is so effective that it allows sensors and even small computer processors to supply themselves with energy wirelessly. As the electricity is generated by the temperature differences, there is no need of connecting small electrical devices to cables.

Prof. Ernst Bauer from the Institute of Solid State Physics at TU Wien, said, “A good thermoelectric material must show a strong Seebeck effect, and it has to meet two important requirements that are difficult to reconcile,”