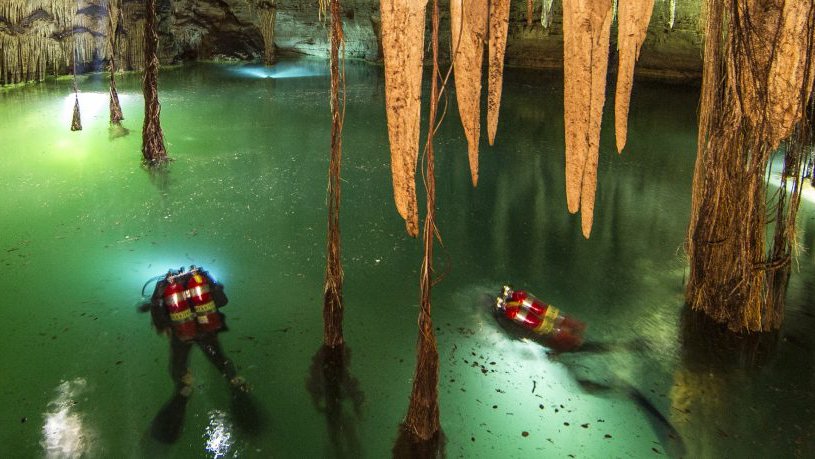 After 10 months of intensive work, the underwater exploration group of the Great Maya Aquifer Project (GAM) recently discovered the world’s largest known underwater cave — it measures 215 miles (347 kilometers) in length. The exploration group is a part of the National Institute of Anthropology and History (INAH) based in Mexico City.

The cave is made of two massive underwater cavern systems, Sac Actun and Dos Ojos, which are connected. Both caves are located in Mexico’s Yucatán Peninsula.

This cave is not merely a natural spectacle. It contains hundreds of archaeological sites that could reveal lost secrets of America’s first settlers, Mayan culture, and extinct animals. Not only that, it also has a large freshwater reserve that supports vast biodiversity.

According to underwater archaeologist Guillermo de Anda from Mexico’s National Institute of Anthropology and History,”This immense cave represents the most important submerged archaeological site in the world.”

“It has more than a hundred archaeological contexts, among which is evidence of the first settlers of America, as well as extinct fauna and, of course, the Maya culture.” Now, the researchers are working on three more underwater cave systems nearby, which may add further to this already enormous cave labyrinth. Explorers are also investigating this massive cave to learn more about its unique underwater biodiversity.

De Anda added, “We’ve recorded more than 100 archaeological elements: the remains of extinct fauna, early humans, Maya archaeology, ceramics, and Maya graves. It’s a tunnel of time that transports you to a place 10,000 to 12,000 years ago.”