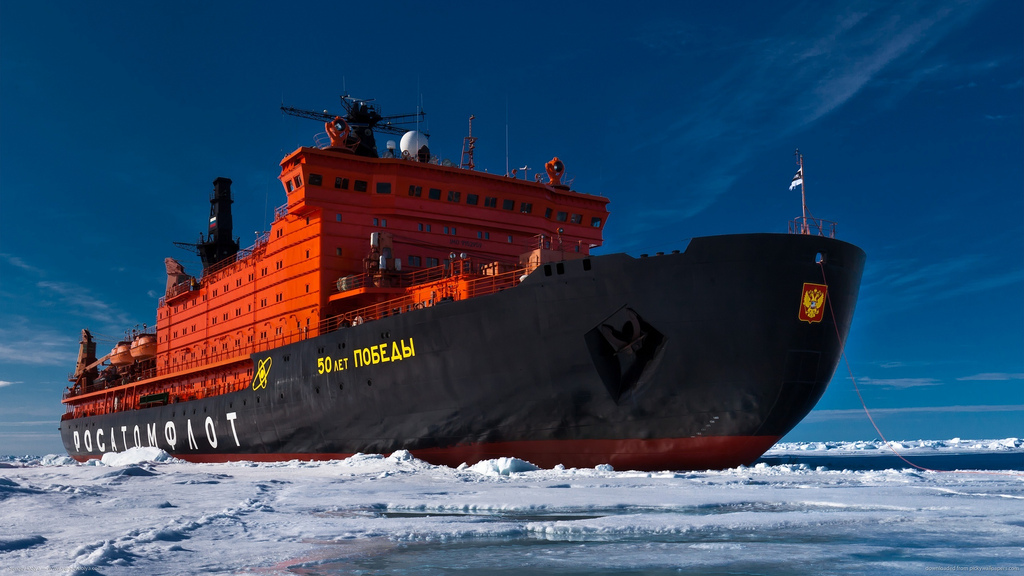 Game On For Arctic Reserves & Tourism

Sensing an opportunity in the melting Arctic to step up its efforts to exploit oil and gas reserves and take a lead in the development of high tech shipbuilding, Russia has embarked upon an ambitious plan to build a new fleet, called “Vitrus Bering”, 10 nuclear powered icebreakers to give it an advantage in the hunt for valuable resources.

A side industry for the Russians is Arctic tourism, which is a combination of vodka, caviar, Mouton sheepskin and leather Russian Ushanka hats, ankle-length Barguzin Russian sable fur coats, and other amenities necessary for a cruise through Arctic paradise.

While Russia has long had a fleet of icebreakers the $1.1 billion 568 foot (173m) nuclear-powered icebreaker marks a new beginning of more efficient, powerful vessels and will be delivered at the end of 2017. The fleet will be used for the development of offshore oil and gas production facilities off Russia’s far eastern coast.