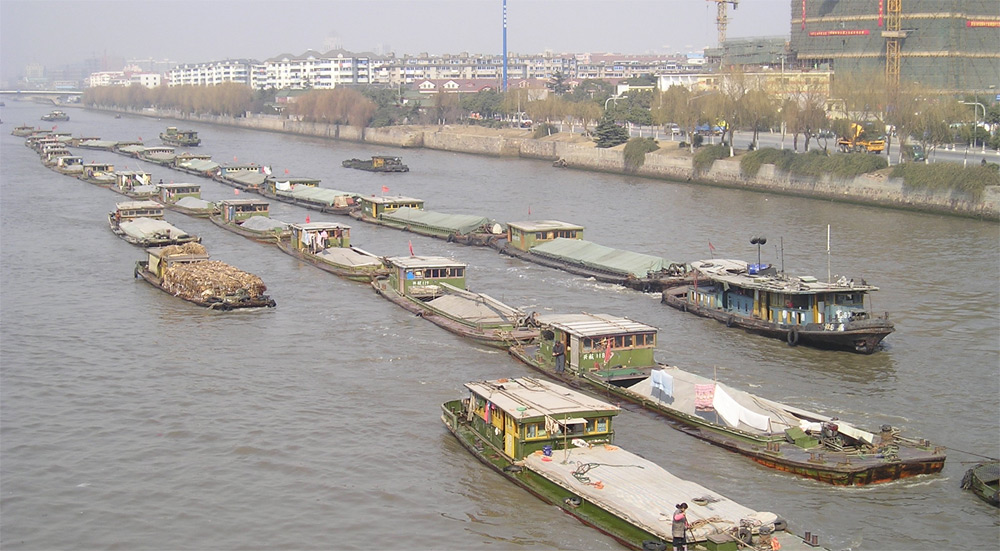 Just as the Three Gorges Dam was a dream of Sun Yat-sen in 1919, Mao Zedong imagined bringing water from monsoon soaked southern lands overflowing with water to northern China’s industrial cities where water was often scarce. In its initial stages the canal will pump 9 million mega-liters of water a year or the equivalent of 30,000 supertankers. Future expansion will increase the amount to 15 million mega-liters per year.

The canal will be built in and extended from the footprint of China’s Beijing-Hangzhou Grand Canal which dates back to the 5th century BC. New routes, Eastern, Central and Western (see map below) will include 34 pumping stations requiring 370 MW of power. Terrain moving south to north rises gently until the Yellow River and once water is pumped to that point it will be carried by gravity to its destination. According to China’s Ministry of Water Resources the project will cost up to $40 billion which includes $5 billion for water treatment plants. The canal will travel through industrial and urban areas where water pollution is rampant and water will need treatment before productive use can be made of it.

Like all of China’s huge projects this one comes with a number of environmental concerns such as its effects on watersheds, water prices, and ecosystems. The canal will displace an estimated 400,000 people.