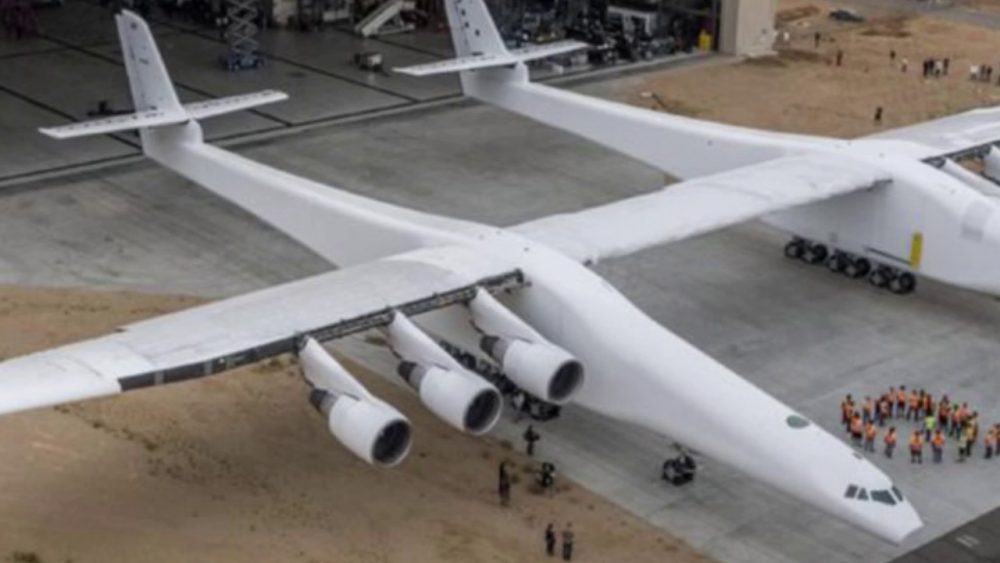 Private spaceflight company Stratolaunch Systems brought the world’s largest airplane (by wingspan) out of its hangar for the first time recently.

Called the Stratolaunch, the massive aircraft successfully tested out all six of its Pratt and Whitney turbofan engines, each weighing 8,940 lbs. (4,000 kg), at the Mojave Air and Space Port in California.

Here are some of the mind-boggling specifications of the Stratolaunch:

The Stratolaunch will undergo numerous ground tests and engine runs before making its first flight in 2019.