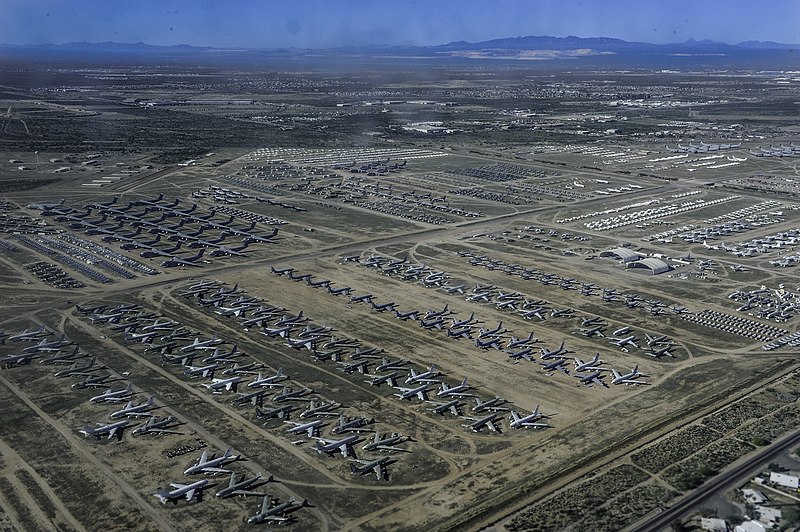 Aircraft have limited lifespans. Once they become obsolete, they need to be disposed of or saved for spare parts for flying aircraft. The worldwide outbreak of the Corona Virus has also impacted airlines and their fleets worldwide. Hundreds of planes have been put into temporary storage.

These aircraft must be stored in an environment that is conducive to preservation.

These airplanes are moved to sales-storage depots or “aircraft boneyards”. Aircraft boneyards are in dry, low-humidity desert environments and offer long runways and extensive storage areas.

The largest aircraft boneyard in the world

309th Aerospace Maintenance and Regeneration Group (309th AMARG) is the largest aircraft storage and preservation facility in the world. Spread over 2,600 acres or 4 square miles on Davis–Monthan Air Force Base in Tucson, Arizona, it takes care of nearly 4,000 aircraft.

Once the aircraft from the United States Air Force, Army, Coast Guard, Navy, Marine Corps, and NASA become obsolete, they are stored in this Boneyard before being disposed of.

Dry and low humidity climatic conditions in Arizona ensure that aircraft won’t rust and degrade. Moreover, storage in the desert saves a lot of money on land or costly parking ramps since the surface is hard so that the aircraft does not sink into the ground.