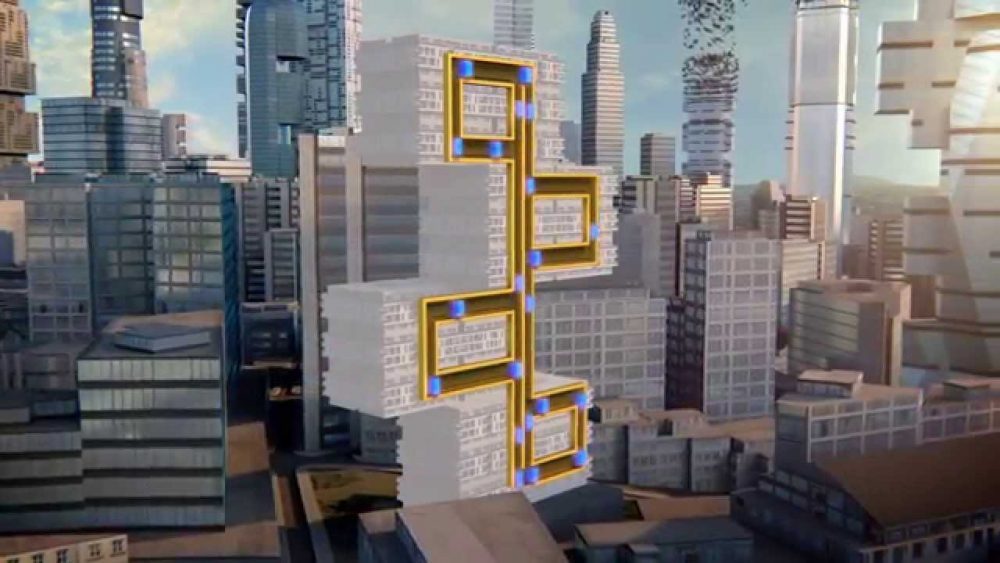 While elevators have enabled the rise of city skylines, since the day one, these elevators have worked on a roped hydraulic mechanism for lifting and lowering the elevator car that only moved vertically.

The race to build taller skyscrapers has sparked a battle amongst elevator manufacturers to build the next generation of elevators with greater maneuverability – elevators that travel up and down at speed but side-to-side as well.

Rope-free elevators are now a reality!

After almost 160 years since the invention of the conventional elevator, German elevator manufacturer ThyssenKrupp has unveiled a completely unique idea of a ropeless elevator system that moves both horizontally and vertically.

The world’s first ropeless elevator system – named “MULTI” – has been successfully tested in a 246-meter high test tower in Rottweil, Germany. The cabins can travel up and down as well as sideways around a building riding on an electromagnetic track, a system known as a linear drive.

Andreas Schierenbeck, the CEO of ThyssenKrupp’s elevator division, said, “If you can run a 500-ton train on magnets at 500km/h you should be able to elevate a cabin of 500 kilograms or 1,000 kilograms at a speed of five meters per second.”

He continued, “What we did is we took a train and we adjusted it 90 degrees up and we put it into a shaft.”