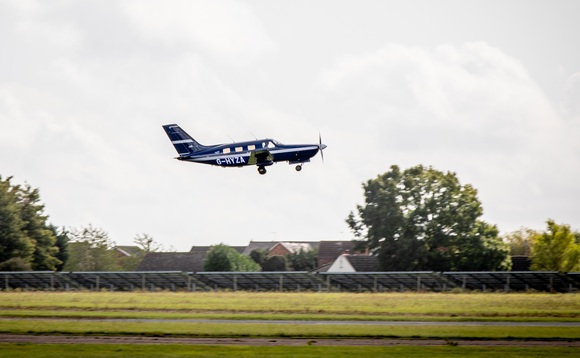 Did you know that air travel is responsible for about 3% of Europe’s total greenhouse gas emissions and more than 2% of global emissions?

Recently Aviation Company ZeroAvia completed the world’s first hydrogen fuel cell-powered flight of a commercial-grade aircraft. It was Piper M-Class six-seater aircraft. It successfully took off, flew in a loop around England’s Cranfield Airport, and then safely landed.

Val Miftakhov, CEO of ZeroAvia said, “It’s hard to put into words what this means to our team, but also for everybody interested in zero-emission flight. While some experimental aircraft have flown using hydrogen fuel cells as a power source, the size of this commercially available aircraft shows that paying passengers could be boarding a truly zero-emission flight very soon,”

It is a first and very encouraging step to realize the transformational possibilities from fossil fuels to eco- friendly hydrogen fuel cells as the primary energy source for commercial aviation.

The historic flight lasted eight minutes and was undertaken at the company’s R&D facility in Cranfield, England. Aircraft reached an altitude of 1,000 feet with a top speed of 100 knots.

Aviation Minister Robert Courts, said, “Aviation is a hotbed of innovation and ZeroAvia’s fantastic technology takes us all one step closer to a sustainable future for air travel,”