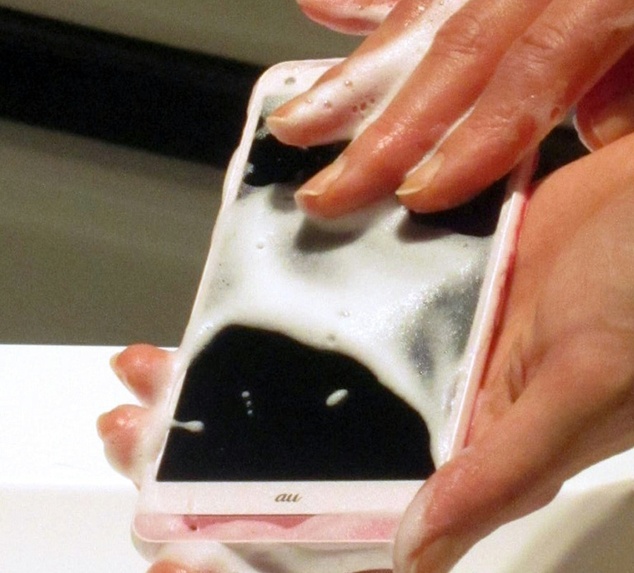 Most of us would have washed and scrubbed our smartphones long ago to get rid of all that dirt and kill bacteria if it didn’t mean turning your phone into a useless lump of dead electronics.

But not all phones that take a bath wind up dead.

The “Digno rafre” phone has a completely washable body. But only a certain type of foamy soap can be used on the device. Digno Rafre is also rated for hot water resistance.

Kyocera claims that the phone is ideal for use in the kitchen, outdoors, or even the bath. The company also claims to have washed the smartphone more than 700 times to test its durability.

Watch this brilliant commercial, marketing the Rafre, aimed at parents who want to keep their smartphones clean from their small children who keep dropping the phone everywhere.

Construction of Gehry’s Guggenheim Abu Dhabi Yet To Start