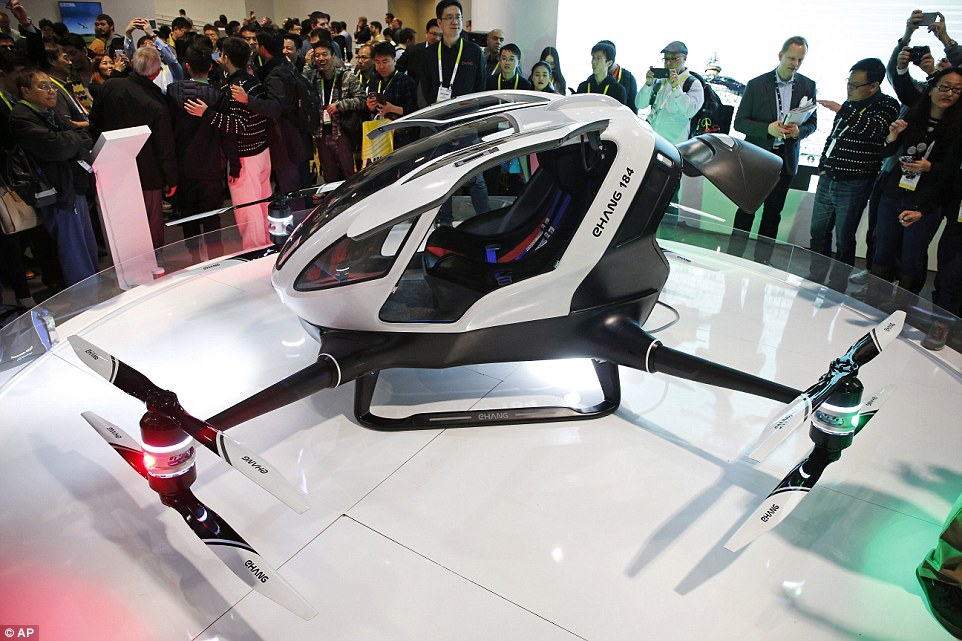 The Chinese Aerial technology company EHang has partnered with the Nevada Institute for Autonomous Systems (NIAS) and the Governor’s Office of Economic Development (GOED) to fly its electric passenger drone EHang 184 in Nevada’s FAA-approved test site later this year.

EHang is touted as world’s first drone capable of autonomously carrying a passenger. The EHang 184 Autonomous Aerial Vehicle can carry a passenger weighing up to 100 kg (220 pounds) for up to 23 minutes. It weighs 200 Kg (400 pounds) and can fly up to 62 miles an hour towards its destination. EHang will take off vertically so there is no need for a runway. All the passenger needs to do is enter the destination into a smartphone app that is linked to EHang.

EHang 184 was unveiled at the 2016 Consumer Electronics Show in Las Vegas this January. It could take years before EHang is fully cleared to take-off for a quick commute for passengers.