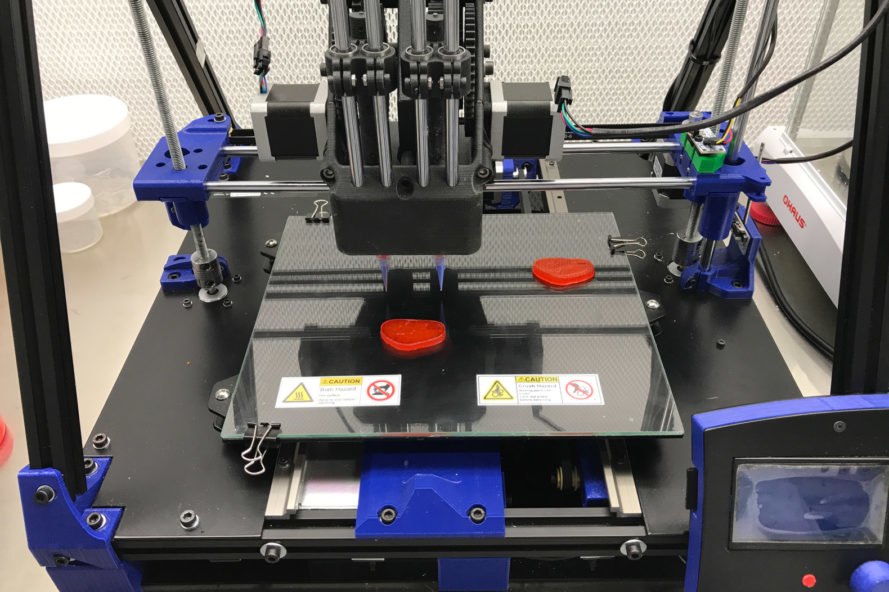 3D-printed food has arrived faster than we expected. Thanks to the efforts of an Italian bioengineer Giuseppe Scionti, founder of a Spanish bioengineering startup Novameat, Vegetarian steaks and chicken produced by a 3D printer could soon be on the menu in restaurants.

The Italian researcher developed the 3D food printer at the Polytechnic University of Catalonia in Barcelona, Spain.

Novameat developed the vegetarian steak using rice, peas, and seaweed protein. It has a similar texture to genuine steaks but more work is needed to make it taste like a steak. Vege-meat looks like a steak but tastes like a mushroom

In future, it can provide an alternative to other meat-free food products

According to Scionti, manufacturing 100 grams of vegetable meat costs just under $3 and takes approximately 30 minutes. But the cost and time it currently takes to produce the steaks’ would decrease upon commercialization due to production on a larger scale.

A cook at the university said: ‘Meat substitute cooks ‘really well’. It doesn’t burn or stick to the pan.’