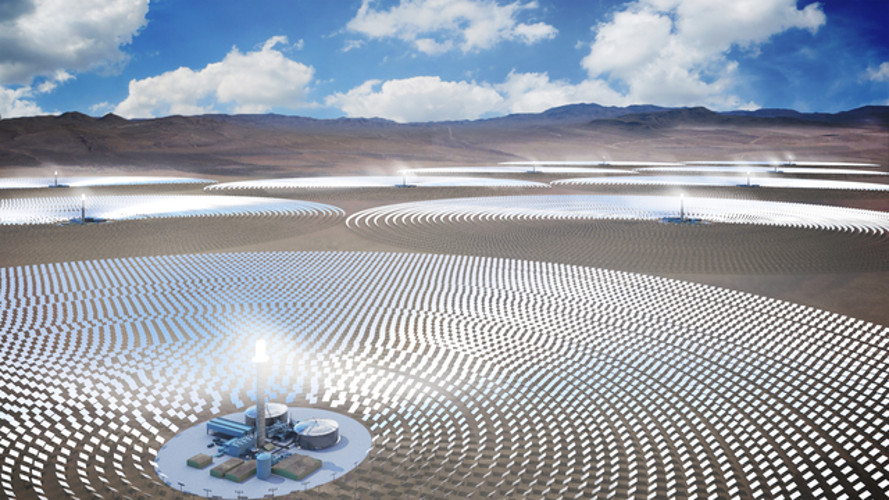 California-based energy firm SolarReserve recently announced its plan to expand its massive Nevada concentrated solar power (CSP) plant so that they can generate enough renewable energy to power one million U.S. Homes. The proposed plant is expected to generate between 1,500 and 2,000 megawatts of electricity. There is a 1-mile circle of mirrors called heliostats to concentrate solar energy onto a tower. Solar energy heats up molten salt to more than 1,000 degrees Fahrenheit, and this stored energy is used to boil water and ultimately drive a power turbine. The salts release their energy for up to ten hours, so there is no need for batteries which means Crescent Dunes can deliver power around the clock, even after nightfall.

Now the developer is planning to build 10 more just like it. This newly proposed project is dubbed as Sandstone Energy X, and it will be much more massive with ten towers.

This eco-friendly project will involve billions of dollars, but on completion, it will be able to generate energy equivalent to a nuclear power plant or the Hoover Dam and without impacting the environment.