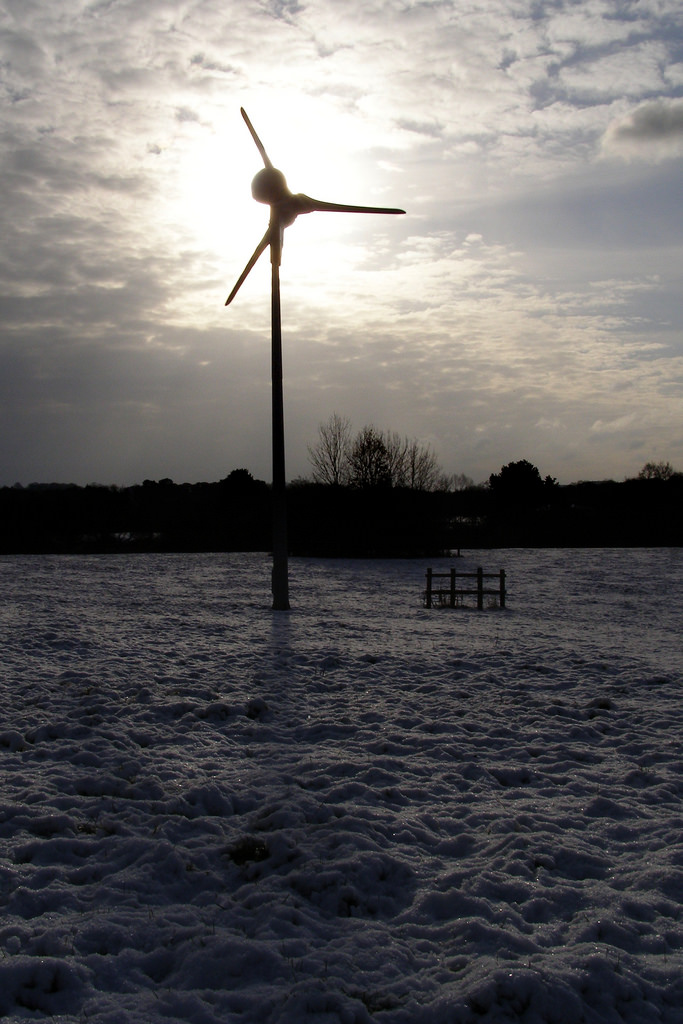 “Necessity is the mother of invention” is as apt for new wind turbine de-icing systems as for those created decades ago for planes.

Modern day windmills and their blades are taller and larger than ever before and run 365 days a year through rain, sleet and snow with temperatures that drop below zero. According to industry reports, the presence of ice on blades can cut the production of electricity by 20% a year in cold climates where ice is present for several months or more a year.

Perhaps the most interesting systems for de-icing blades involve biomimicry and nanotechnology. Scientists have been developing “superhydrophobic coatings” in which water droplets roll off of surfaces in the same way this occurs on specific types of leaves. In essence, the molecular surface of these coatings do not permit binding with H2O which simply runs off.

A company called Kelly Aerospace has been creating de-icing systems for planes for many years and is now providing de-icing solutions to the wind power industry. According to the company, its Wind Turbine Ice Protection System (WTIPS):

WTIPS measure relative humidity, blade temperature and ambient temperature to determine the right time to de-ice. Once de-icing begins, it only takes 7-14 minutes for the cycle to complete.