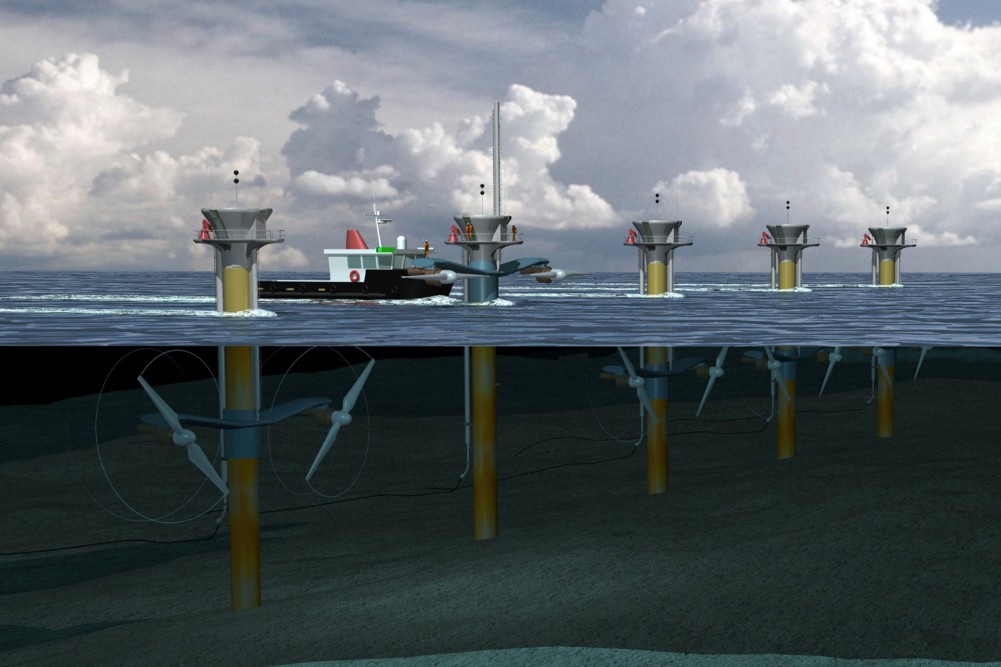 It’s becoming increasingly clear that the placement of wind and tidal turbines is not only an art but a science too. In a recent article “New Renewables Grid to Help Cut US CO2 Emissions by 78% by 2030” on IndustryTap, NOAA has worked out the best areas in the US for optimal wind and solar output.

The same can be said for the modeling of tidal turbines and the hydrodynamic effects of tidal power and currents. In a paper published by the Royal Society, “Modelling of the flow field surrounding tidal turbine arrays for varying positions in a channel,” new methods are being developed to define flow and boundary conditions for optimal tidal power system placement and energy extraction.

Other considerations for optimal performance of wind and tidal turbines are designs that withstand the density, pressure, and temperature, and dynamic physical environments including ocean and subsea locations. Currently, tidal turbines, like wind farms, are set up in rows along the shoreline in waters from 65 to 100 feet deep (20 to 30 meters) and with currents running at between 4 to 5 mph (6 to 9 kph).

Some of the questions and issues surrounding wind and tidal turbines include: